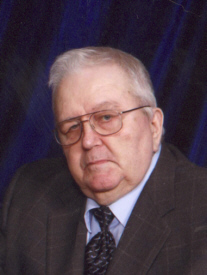 Allen “Dale” Johnson, 72, a resident of 5th Rd. Plymouth for the past 37 years, died in Pilgrim Manor Nursing Home at 2:35 p.m. on Wednesday, May 5, 2010. Dale, a lifetime Marshall County resident, had been in failing health for the past few years.
He was born in Plymouth, the son of Lewis “Tommy” M. and Goldie Maxine (Holmes) Johnson, on January 21, 1938.
He attended the Tyner School.
Dale served his country as a sharp shooter in the United States Army.
On December 9, 1972, in the Calvary Baptist Church in LaPaz, Dale and Donna F. Hindel were married.
A dairy farmer for most of his life, Dale also worked in receiving and then maintenance at Wal-Mart for a period of six years.
Dale and his wife shared an interest in miniature donkeys and horses and he also enjoyed watching professional wrestling on TV.
He was a member of the Grace Baptist Church in Plymouth and the American Milk Producers, Inc.
Dale is survived by his loving wife, Donna, and by a sister, Shirley J. (Loren) Nifong, Plymouth, and a brother, Richard L. (Karen) Johnson, of LaGrange, Indiana.
Several nieces and nephews survive as well.
He was preceded in death by his parents and a sister, Beverly A. Snyder.
Friends are invited to meet with Dale’s family and share memories on Friday, May 7, 2010, from 4 to 8 p.m. at the Johnson-Danielson Funeral Home, 1100 N. Michigan St., Plymouth.
Funeral services for Dale will be held at 10:30 a.m. on Saturday, May 8, 2010, in the funeral home. The Rev. Matthew Elliott, pastor of the Grace Baptist Church, will officiate.
Burial will be in Oakhill Cemetery in Plymouth.
Memorial gifts in Dale’s name may be made to the Grace Baptist Church, 1830 N. Michigan Street, Plymouth, IN 46563 or to the Marshall County Humane Society, P.O. Box 22, Plymouth, IN 46563.