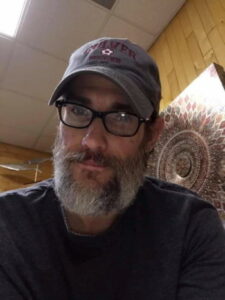 Born on November 27, 1976 in Sand Diego, California he was the son of Retired Navy Captain William and Marleen (Hall) Walaitis. He attended Lee Master’s Academy graduating with the class of 1995. Aaron received his Bachelor’s degree from Indiana University in Political Science.

Aaron was known as a very intelligent man that could do anything that he set his mind too. He was athletic, musical, a wonderful cook and an artist. He was an extreme encourager to others and would give his shirt off his back to anyone that needed anything. Often referred to as a good friend who was reliable and a helping hand.

He enjoyed fishing, golfing and white-water rafting as an instructor.

He is survived by his parents: William and Marleen Walaitis of Culver; daughter Isabel of Croatia; sister Jennifer (Steve) Johnson and their children: Andrew, Caleb and Alice of Orlando, FL; aunts: Jackie (Bill) Johnson of Eagle, MI; Patsy Ellison of Las Vegas, NV; uncle Dennis (Janet) Hall and their son Matthew (Amber) Hall of Wilmington, NC; and their son Tucker.

A memorial service will take place at a later date.