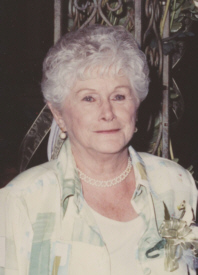 Alberta R. “Petie” Bickerstaff, 84, passed away on Tuesday evening March 18, 2014 at Memorial Hospital, South Bend after taking ill unexpectedly due to natural causes.
Alberta was born in Plymouth on December 20, 1929, the daughter of Alfonso and Eleanor (Duggan) Ball. She attended Plymouth High School.
Alberta married Leslie V. Bowman, and to their union came two sons, Greg A. and Lee A. Bowman. Leslie would preceded her in death on December 18, 1971.
She had worked several years for Schlosser Bros – Hawthorn Mellody and retired from American Optical.
Alberta would meet and marry, William D. Bickerstaff in Plymouth.
She enjoyed playing Bingo, shopping and traveling, especially to Florida and Arizona. Alberta was a great wife and had many dear friends.
She was a member of the Plymouth Women of the Moose No. 1355, the VFW Post 1162 Ladies’ Auxiliary of Plymouth and attended the Plymouth First United Methodist Church.
Alberta is survived by her loving husband, Bill of Plymouth, and son, Greg A. Bowman of Sparta, TN; her granddaughter Tonya (Wes) Phaychanpheng, grandson Troy Bowman and five great grandchildren. Step-children include: Debbie Hesler and companion Dave Roush of Plymouth, Dan and Cindy Bickerstaff of Huntington, IN and John and Gloria Bickerstaff of Three Oaks, MI. Thirteen step-grandchildren and numerous step-great and great-great grandchildren also survive as well as her sisters, Dorothy Weeks of Spokane, WA and Patricia (Pete) Smith of Granger, and several nieces and nephews.
She was preceded by her son Lee on March 4, 2014 and her siblings: Helen Towse, Mae Ferris, Butch, Louie, and Rich Ball.
Visitation will be from 5 – 7 p.m. on Friday, March 21, 2014 in the Johnson-Danielson Funeral Home, 1100 N. Michigan Street, Plymouth. The Women of the Moose will offer a memorial ritual at 7:00 p.m. followed by funeral services led by Pastor Larry Marhanka.
A committal service will be held at 10 a.m. Saturday in the New Oakhill Cemetery with Rev. Jeff Herron officiating.
Memorial contributions can be made to the Marshall County Humane Society, PO Box 22, Plymouth, IN 46563.