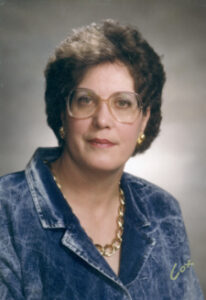 Aleta M. Montague, 66, a Warsaw-Winona Lake resident most of her life, died in Parkview Hospital, Fort Wayne, IN, on Tuesday, November 13, 2012, at 10:57 a.m., following a brief illness.
Born in Detroit, MI on September 27, 1946, Aleta was the daughter of Winston G. and Anna Marie King Montague.
She was a 1964 graduate of Triton High School, Bourbon, IN.
Aleta had worked at R.R. Donnelley in Warsaw, IN as a machine operator, retiring in 2011.
She had many hobbies which included sewing, embroidery, fishing, traveling, playing bingo, going to the Casinos and most of all, being around her family.
Aleta is survived by seven sisters and three brothers. Her sisters are: Sally (Roger) McPeak, Pittsburg, TX., Jeanene (Troy) McGuire, Snohomish, WA., Karen Horoho, Warsaw, IN., Elaine (Bud) Wetzel, Winona Lake, IN., Debra (Marvin) Eberly and Cheryl (Richard) McDonald, both of Warsaw, IN. and Nancy Rockhill, Westfield, IN.
Her brothers are: Tom (Val) Montague, Westminster, CO., Richard (Becki) Montague, Westfield, IN., and Michael (Karen) Montague, Downers Grove, ILL.
Aleta is also survived by 108 nieces and nephews..
She was preceded in death by her parents and a brother, Jimmy. Friends are invited to celebrate Aleta’s life with her family on Friday, November 16, 2012 from 4 to 8 p.m. at the Johnson-Danielson Funeral Home, 1100 N. Michigan St., Plymouth, IN.
Funeral services will be held in the funeral home on Saturday, November 17, 2012, at 3 p.m. The Rev. Charles Krieg will officiate. Burial will be in New Oakhill Cemetery, Plymouth, IN.
Memorial gifts in Aleta’s memory may be made to the Pulmonary Fibrosis Foundation, 230 Ohio Street, Suite 304, Chicago, IL 60611-3201