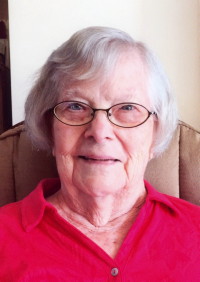 Alice Lawrence, 101, passed away at Catherine Kasper Home in Donaldson, on Friday, May 8, 2020.
Alice was born on July 19, 1918 in South Bend, Indiana. She is the daughter of Frank and Gladys Warren and was mostly raised by her ‘grandparents’ Harry and Ada Rupel. She attended school in Plymouth, Indiana.
Alice was married to Arthur Lawrence on May 23, 1944 and celebrated 66 years of marriage before he passed away in 2011. She served the country by working at the Kingsbury Ordnance Plant during World War II. Along with her husband, they operated the Lawrence Homestead farm and dairy in Marshall County until retirement.
Alice was preceded in death by sons Norman Beatty and Timothy J. Lawrence. She is survived by daughters: Mary Muffley, Jeannie Lawrence and Evelyn (Charles) Snyder, along with a son, John (Jan) Lawrence. Alice also has 15 grandchildren and 17 great-grandchildren.
Alice and Art were long time members of the Twin Lakes Reformed Church and later the First United Church of Christ in Plymouth.
Burial will be in the New Oak Hill Cemetery, Plymouth.
Memorial contributions can be made to the First United Church of Christ 321 N Center St, Plymouth, IN 46563.