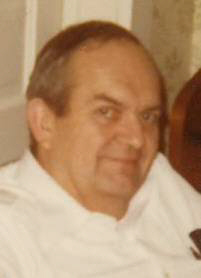 Alves Donal “Don” O’Keefe, 82, a lifetime Plymouth resident, passed away at 12:04 a.m. on Saturday, November 16, 2013, at his sister’s residence, where he had been living for the past year.
The son of Alves D. and Doris M. VanVactor O’Keefe, Don was born on February 28, 1931 in Ft. Wayne. A 1950 graduate of Plymouth High School, Don also attended Chicago Tech.
Don served in the U.S. Army during the Korean Conflict.
A self employed painting contractor, he retired in 2002. He was also a volunteer with the Plymouth E.M.S. from 1982 to 1990.
He was a member of St. Thomas Episcopal Church, a lifetime member 0f the Plymouth V.F.W. Post 1162, a member of Plymouth Kilwinning Lodge 149 and Scottish Rite Valley of South Bend.
Don is survived by his sister, Cheryl L. (Richard) Newberg of Walkerton, a nephew, Ian M. Newberg and two great nieces, Natasha Faye and Natalie Alexis Newberg.
He was preceded in death by his parents.
A Memorial Mass will be held at 11:00 a.m. on Thursday, Dec. 5, 2013 at St. Thomas Episcopal Church, 412 N. Center St., Plymouth, followed by a reception in the Parish Hall.
Military honors conducted by members of the Plymouth American Legion Post 27, Veterans of Foreign Wars – Marshall County Post 1162 and the D.A.V. will take place following the Mass.