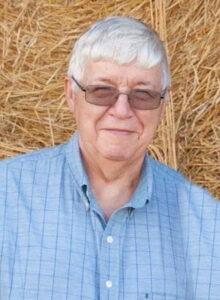 Born on September 18, 1946 in Plymouth, Indiana, Hugh was the son of the late Alvin H. Hartz Sr. and Vonabelle (White). He graduated from Culver High School with the class of 1965.

He proudly served for our country in the U.S. Army during the Vietnam War until his Honorable Discharge in 1967.

Hugh worked for Delmonte Corporation in Plymouth as a machinist until his retirement. He was an avid woodworker and gardener. Hugh was a member of Wesley United Methodist Church in Culver.

He is survived by his loving wife, Sharon, of Culver; his sons, Jeff (Lynn) Hartz of Argos and Troy (Sandra) Hartz of Plymouth; grandchildren: Austen, Kaylee, and Meghan; and siblings: Nick (Aggie) Hartz, Doug (Judy) Hartz and Pam (Douglass) Miller.

Memorial contributions can be made to Wesley United Methodist Church, 511 School Street, Culver, IN 46511.