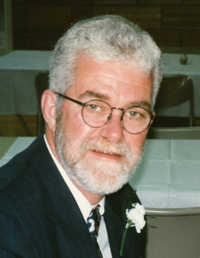 Alvin â€œAlâ€ L. Myers Sr., 75, of Plymouth, passed away Friday, May 4, 2018 in the Elkhart Hospice House.
Al was born March 31, 1943 in Mishawaka, to the late Earl L. and Evelyn J. (Palmer) Myers.
He graduated from Mishawaka High School in 1961. He then went on to serve in the United States Navy from 1962 to 1966. Al graduated from the Molar Barber College in Chicago. He also was a barber thru college off and on. He received his BA in 1981 from the University State of New York.
He married Linda J. Nash on October 3, 1999 in Plymouth; and she survives.
Al also had worked at Bowen Center-Art Therapy, Koala Center in Plymouth and Columbus, Wabash in West Lafayette, Renaissance center at Elkhart General Hospital and then worked for the State of Indiana for ten years. Then he retired from the Marshall County Court Services in 2008, where he worked from 2002 until retirement in 2008. Al also helped his little brother, Darryl, start Head Styling Salon in Plymouth.
Al enjoyed painting, drawing, woodworking, and restoring antique lamps, and working with copper enameling. He was a member of the St. Thomas Episcopal Church. Al also was a one time, a little league coach in Culver, Cub Scout leader, past Vice-President on the Parks Board in Culver, and a substitute teacher in Culver as well.
Surviving is his wife; Linda J. Myers of Plymouth, children; Alvin L. (Lisa) Myers Jr. of Eureka, Missouri, Steven L. Myers of Plymouth, Merritt A. (Rick) Meck of Palm Bay, Florida, Glenn A. Weidner of Czech Republic, Gina L. (Keith) Burke of Marion, ten grandchildren and four great-grandchildren. Also surviving is a sister; Vera J. Myers of West Palm Beach, Florida, brothers; Darryl L. Myers of Plymouth.
He was preceded in death by his parents, and a grand-daughter; Emily Myers.
Funeral services will be at 11:00 AM, Saturday, June 2, 2018 at the St. Thomas Episcopal Church, 412 North Center Street, Plymouth, Indiana 46563 with Rev. Thomas Erskine Haynes officiating. Friends may visit with the family from 10:00 AM until time of service at 11:00 AM at the church.
Al will be placed in the columbarium at St. Thomas Episcopal Church after services. A meal will be provided for the family and friends immediately following services at the church.
Memorial contributions may be directed to the St. Thomas Episcopal Church, 412 North Center Street, Plymouth, Indiana 46563.