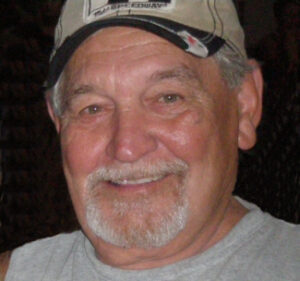 Alvin Lee Hite, 65, a resident of 16339 St. Road 17, Culver, passed away at 1:50 p.m. on Friday, September 28, 2012 in the St. Joseph Regional Medical Center – Mishawaka. His death followed an inspiring fight against Leukemia.
Alvin was born in Plymouth on January 18, 1947, the sixth of eleven children to David Loyal and Mary Marguerite (Hoeszle) Hite. He first attended West Township schools and then Plymouth in the Class of 1966.
During the Vietnam War, he served in the U.S. Army and was honorably discharged on August 20, 1968.
On November 10, 1973, Alvin took as his bride Connie Rae Morrison in the Pretty Lake Trinity United Methodist Church.
Alvin was a livestock truck driver for Morrison Trucking for 19 years. He then took a position as a driver and area leader with the Marshall County Highway Department and worked until his health would no longer allow. Pride was taken in helping on the Morrison family farm.
A true family man, Alvin loved ‘babysitting’ the grandchildren and spending time with his family. Whether it was sports, school, 4-H or any other event, he rarely missed an opportunity to watch, support, and play with his loved ones. Alvin enjoyed fishing with his father-in-law, Raymond, and the grand kids. He looked forward to weekends when he would gather with his siblings and brother-in-law for coffee on the Hite family homestead. During the week, Alvin enjoyed gathering with and hassling co-workers before work. He attended Pretty Lake Trinity United Methodist Church and volunteered his help with meals.
Alvin loved following Jeff Gordon and the NASCAR circuit, with the highlight of being able to attend an occasional race. He also enjoyed football, especially the University of Notre Dame and the Kansas City Chiefs.
He and Connie are the parents of four daughters and their families: Heather Lee (Gary) Fulk of Lowell, Indiana and their daughter; Haley and step-daughter Chelsea, Raeann Marie Hite of Culver and her children; Teeno and Shalee, Shalon Louise Hite of Dublin, California and Tara Lyn (Dan) Webb of Hamlet and their children; Tommy and Raelynn.
His siblings include: Rosemary (Carl, dec’d) Johnston of Culver, Lette (Dennis) Maxson of Plymouth, Barbara (Kenneth) Dickson of Plymouth, Shirley (Edward) Wilcox of Argos, Dwight (Donna) Hite of Culver, Ronald (Mary) Hite of Argos, Ray (Marjorie) Hite of Plymouth, Sue (Jan) Warner of Plymouth and sisters-in-law; Valerie (Mrs. David, dec’d) Hite of Culver and Pat (Mrs. Bruce, dec’d) Hite of Plymouth. Numerous nieces and nephews also survive.
He was preceded in death by his parents and two brothers.
The family will receive friends on Thursday, October 4, 2012 from 3 – 6 p.m. in the Fellowship Hall of the Pretty Lake Trinity United Methodist Church Fellowship Hall located at 8985 St. Road 17 west of Plymouth. A service celebrating Alvin’s life will begin at 6 p.m. in the Fellowship Hall lead by Pastor Tamara Boggs. Military Honors will be accorded by members of the Plymouth American Legion Post 27, the Veterans of Foreign Wars – Marshall County Post 1162 and the D.A.V.
Immediately following services a reception dinner and time of continued sharing for all will take place in the church Fellowship Hall. The family would enjoy hearing any stories or experiences of Alvin you can share with them. Preferred are memorial gifts to the Pretty Lake Trinity Church, 8985 St. Road 17, Plymouth, IN 46563 or the Leukemia Society of America – Indiana Chapter, 941 E. 86th Street, Indianapolis, IN 46240.