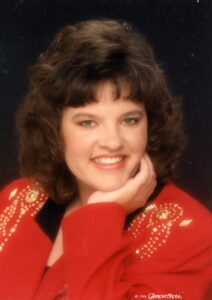 Andi graduated from Plymouth High School in 1990, was a 10- year 4h member showing livestock and horses. She then graduated from Purdue University as a Veterinary Technician. Her career began in this area at various veterinary clinics, including animal emergency clinics. On April 17, 2010 she married Paul Amor and she moved to Tampa, Florida. In Tampa she worked overnight emergency and critical care clinics and then moved to a day practice where many coworkers became close friends. She was a volunteer for FEMA and was instrument in rescuing and treating lost pets during Hurricane Katrina.

Eight years ago, she relocated back to this area and found her vet home at Bourbon Veterinary Hospital and loved her job and her coworkers. She became friends with Nancy Cox at the Marshall County Humane Society and saw an opportunity to help both the clinic and the animal population by setting up spay and neuter clinics, and vaccine clinics. She found opportunities to rehome pets that were abandoned or otherwise unloved. Many of her family members became pet owners due to her determination.

In the last few years, after having had several Rottweilers, she turned to taking in aged dogs and giving them the best last few years of their life. In a God moment one day driving home from work she spotted a dog lying alone in the middle of a country road soaking up the sunshine. She stopped the car, got out and picked up the dog and brought it home. She called him Toby and restored his health as best as she could. He was so arthritic that he walked as if his legs wouldn’t bend, but with her gentle care he lived several more years in comfort. Her last dog was a gentle pit bull she named Sophie who appeared to have been abandoned. She made it several years as well reaching the rainbow bridge just a couple of months ago.

Andi also had many people call her for advice for pet care or crisis that would occur. She traveled several times taking horses to Purdue who needed surgical care or emergency attention. One such trauma occurred on a very snowy, winter night when a neighbor called and said his pup had been kicked in the head by a horse and was unconscious. He brought the dog to the house and Andi was able to start an IV and give the dog emergent shock care. They called Westville Clinic and she held the dog and IV while the neighbor drove to Westville. The snow was so bad that he said the only way he knew was on the road was the telephone poles on each side. The dog was treated for several days but ultimately was released and lived for several more years.

Family was gifted on special occasions with Andi’s greeting cards, never flowery or sappy she always found the cards that connected with that person and always resulted in laughter.

Andi attended the International Veterinary Emergency and Critical Care Society conferences every year and through that attendance met a dear friend, Deanne Pawlisch. They connected as if sisters and every year they would team up together and make adventures. Andi loved these conferences and always brought back information, new technologies and techniques and she shared with her clinic.

As breast cancer plagued her health in the last 2 years, Deanne was her constant friend speaking daily with Andi. At one point Andi said she’d like to see the ocean one more time and this dear friend saw that it happened.

Memorial contributions may be given to the Marshall County Humane Society, 11165 13th Rd. Plymouth, IN 46563.