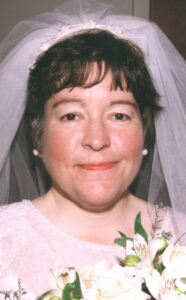 Ann C. Laramore Johns, 53, a former Plymouth resident, passed away at 9:00 a.m. on Friday, September 28, 2012, at her home in Indianapolis.
Ann was born on June 4, 1959 to William F. and Betty Lou Pinney Laramore in Plymouth. Ann graduated from Plymouth High School in 1978 and received an associate’s degree from Ancilla College in 1980 and a B.S. degree in Social Work from Indiana Central College, Indianapolis in 1983. On May 6, 2000, in St. Luke’s Methodist Church, Indianapolis, Ann and Randolph B. Johns were united in marriage. She was a social worker for sixteen years at Noble of Indiana in Indianapolis.
Ann enjoyed many different activities with Randy and was a great supporter of her family, especially her nieces and nephews. She was a loving and devoted wife and was always there to help others. She supported many charitable causes in both Plymouth and Indianapolis. Ann was an organ and tissue donor. Ann is survived by her husband, Randy of Indianapolis; her mother, Betty Lou Laramore of Plymouth; a brother, Jon (Janet McCabe) Laramore of Indianapolis; her father and mother-in-law: Jerry W. and Betty J. Johns of Indianapolis; two brothers-in-law: Brad (Karen) Johns and Stacey Johns, both of Indianapolis; four nephews: Peter Laramore, Daniel Sheehan, Andrew Johns and Matthew Johns all of Indianapolis; two nieces: Alice Laramore of Boston, Massachusetts and Janna Johns of Indianapolis; an aunt, Jean Schricker of Plymouth; and two cousins: George (Michele) Schricker, Jr. of Plymouth and Sara (Jonathan) Klein of Park City, Utah. She was preceded in death by her father, William F. Laramore, on June 15, 2011.
Visitation will be held in the Johnson-Danielson funeral Home, 1100 N. Michigan St., Plymouth on Wednesday, October 10, 2012 from 12 to 2 p.m. Funeral services, officiated by Rev. Larry Marhanka of the First United Methodist Church, Plymouth, will be held immediately following visitation at 2:00 p.m. in the funeral home.
Memorial services for Ann will be held at 10:00 a.m. on Saturday, October 20, 2012 in the Second Presbyterian Church, 7700 N. Meridian Street, Indianapolis, Indiana
Burial will be in New Oakhill Cemetery, Plymouth.
Memorial gifts in Ann’s name may be made to the Second Presbyterian Church Hunger Ministry, 7700 N. Meridian St., Indianapolis, Indiana 46260.