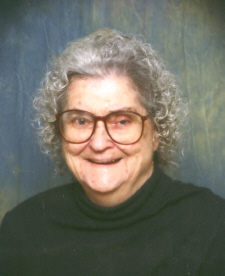 Anna F. Sisk, 81, a resident of Bourbon Garden Court Apartments, passed away at 5:28 p.m. on Sunday, September 2, 2012 in Lutheran Hospital, Ft. Wayne.
The daughter of Henry Sherman and Mary Adeline Craft Banning, Anna was born on January 26, 1931 at home in Durby, Indiana.
Anna was married to Randall V. Wheatbrook and Ronald Gene Sisk, both of whom preceded her in death. An avid BINGO player, Anna also had a large collection of Tea Pots.
Anna is survived by her faithful companion, her dog Annie; three daughters: Ruth (Paul) Mejer of Mishawaka, Indiana, Rochelle Sayle of Trenton, Georgia and Randi (Alan) Teter of Simla, Colorado; two sons: Ronald (Eden) Wheatbrook of South Bend, Indiana and Roger (Shelly) Wheatbrook of Plymouth, Indiana; 18 grandchildren and 18 great grandchildren.
Three sisters: Hazel Burns of Plymouth, Indiana, Connie Tate of LaPorte, Indiana, Ursula Donahue of Arkansas and a brother, Leon Banning of Arkansas also survive.
She was preceded in death by two brothers: Lamar Banning, Orgail Banning and a sister, Vida Louid York.
Family services will be held at a later date.