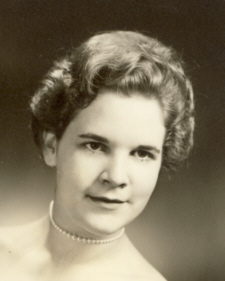 Annette Marie Smith, 73, a Plymouth resident since 1996, died at 1:50 p.m. on Sunday, November 28, 2010 in the Life Care Center, Rochester.
The daughter of Wilburn and Nancy Marie Ebersole Turner, Annette was born on January 12, 1937 in Kodak, Kentucky.
On June 1, 1957, in Chicago, Annette became the bride of George Smith.
Annette had worked as a nurse-bookkeeper in Chicago for Dr. Oscar Simon for 20 years and Dr. Marvin Brown for 10 years, retiring in 1993.
Surviving are Annette’s husband of 53 years, George, two daughters: Nancy Jo (Dave) Steadman of Schererville and Georgina Lynn (Scott) Newvine of Beaumont, Texas; a granddaughter, Jessica Annette Steadman; a grandson, Michael Leo Solis (Adrienne Silva) , A great-grandson, Austin Michael Solis and a sister, Phyllis “Sue” Phillips of Plymouth.
Annette was preceded in death by her parents, her step-father, Clifford Anderson, two brothers; Wilburn Turner and Michael Anderson and a sister, Betty Jo Turner.
Friends may share memories with Annette’s family on Wednesday, December 1, 2010 from 4 – 8 p.m. in the Johnson-Danielson Funeral Home, 1100 N. Michigan St., Plymouth.
Funeral services, officiated by the Rev. Paul Whitworth, will be held at 11:00 a.m. on Thursday, December 2, 2010, in the funeral home. Burial will follow in the New Oakhill Cemetery, Plymouth.
Memorial gifts in Annette’s name may be made to the Life Care Center, 827 W. 13th St., Rochester, Indiana 46975.
Funeral Director: Kevin L. Russell