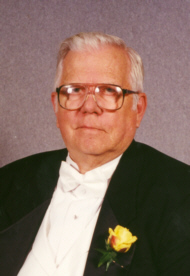 Anthony Fredrick “Fritz” Plothow III, of Leiters Ford, formerly of Plymouth, died, following a brief illness, at 9:05 p.m. on Monday, Oct. 8, 2007, in Community North Hospital, Indianapolis. His loving wife and four children were by his side.
Fritz was a little over three weeks shy of his 76th birthday.
Born on Oct. 31, 1931, in Peru, Ind., he was the son of Anthony Fredrick Plothow Jr., and Wilma LaVon Henry Plothow.
He graduated with the class of 1949 from Bunker Hill High School and the Pharmacy School of Purdue University. He also was a graduate of the 1957 class of the University of Chicago-School of Medicine.
Fritz served in the United States Army as a Lieutenant in the Medical Corps.
On Sept. 21, 1963, Fritz and Patricia L. McIntosh were married in Leiters Ford.
Fritz worked for Pitman-Moore Pharmaceuticals in Chicago and then for Dow Chemical Co. He was a pharmacist his entire career, working in the Plymouth area for 20 years. He retired in 1994.
An avid sports fan, he followed Purdue University, the Chicago Bears and Cubs and, his all time favorite teams, the Plymouth Rockies and Pilgrims.
Fritz was a life-time member of The Church of Jesus Christ of Latter Day Saints and Fritz and Pat were sealed together for eternity in the Washington, D.C. Temple in Sept. of 1982.
Fritz is survived by his loving wife of 44 years and their four children: Anthony F. “Tony” (Carin) Plothow IV, Plymouth: Karen C. (Howard) Menser, Crestwood, Ky.: Tracey E. (Ken) O’Dell, Noblesville, Ind., and Edward A. “Alex” (Janna) Plothow, also of Noblesville.
Seventeen grandchildren also survive. They are Karen and Howard’s two children: Whitney and Keith: Tony and Carin’s children: Allie, Heather, Tyler, Andria, Haley, Reagan, Audie and Annie: Tracey and Ken’s children: Jared, Jamen, Jordan, Ashtin and MaKenna and Alex and Janna’s children: Skylar and Jace.
Two great-grandchildren survive as well. They are Nevaeh and Paige.
Three brothers: Roger, Richard and Steven Plothow of Utah survive, together with two sisters, Wanda Mosser of California and Susie Werner of Utah. Numerous nieces, nephews and cousins also survive.
He was preceded in death by his loving parents and by a daughter, Jennifer Lynn Plothow who died on November 15, 1965. His in-laws, Woodie and Wilma McGlothin, also preceded Fritz in death.
Friends are invited by Fritz’s family to share memories and celebrate his life on Friday, Oct. 12, 2007, from 2 to 8 p.m. in the Johnson-Danielson Funeral Home, 1100 N. Michigan St., Plymouth.
Funeral services will be held at 2:30 p.m. on Saturday, Oct. 13, 2007, in the funeral home. Howard Menser, Fritz’s son-in-law, will preside over the service.
Interment will be in the Leiters Ford IOOF cemetery, Leiters Ford, Ind.
In lieu of flowers, the family requests memorial gifts be given in Fritz’s memory to the Tracey Plothow O’Dell Pancreas Transplant Fund, c/o Lake City Bank, Plymouth.