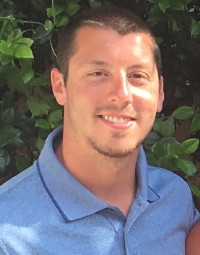 Austin C. Bakian, 27, passed away unexpectedly while vacationing with his family in Cancun, Mexico on Thursday, November 8, 2018.
Austin was born the second son of Rick D. and Maxine L. (Ellinger) Bakian on September 23, 1991 in Bremen, Indiana. He graduated from Triton High School with the class of 2010. During his junior and senior year, he found his passion for the tool and dye trade while working in the schoolâ€™s machine shop. Very soon after high school he began his full time career as a machinist working for B&M Instruments in Warsaw.
Austin lived life to the fullest and made many friends along the way. He had a need for speed- whether it was his mini bikes or his truck. He liked to play with safes and locks, loved kayaking and shooting guns. He was liked by all and loved so dearly by his family. He was a smart kid with a huge heart.
He is survived by his parents, Rick and Maxine Bakain of Etna Green and his brother, Aaron A. Bakian of Etna Green; his girlfriend, Danielle Bailey; his Aunt Charlene (Don) Freet of Kendallville, IN; Uncle John Bakian of South Bend; and aunts and uncles: Lloyd, Linda, Roberta and Mike.
Austin was preceded in death by his maternal grandparents, Kenneth and Patricia Ellinger, his paternal grandparents, Wilma Shepherd and Albert Bakian, and his uncle, Jim Ellinger
Visitation will be held on Friday, November 16, 2018 from 4-7 p.m. in the Johnson-Danielson Funeral Home, 1100 N. Michigan Street, Plymouth. Funeral services will immediately follow in the funeral home with Life Celebrant James Smart officiating.