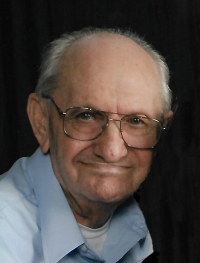 Banks D. Filson, 90, passed away on Tuesday, April 2, 2019 surrounded by his loving family.
Born in Elkhart, IN on June 8, 1928, Banks was the son of the late Russell C. and Grace G. (Coplen) Filson. Banks graduated from Plymouth High School in 1946. During his childhood and teen years, Banks worked raising and caring for the animals and crops on his familyâ€™s farm.
On February 21, 1953 in Lake Charles, Louisiana, Banks married Rudy LeBleu.
Banks enlisted in the United States Air Force and served with honor during his career as an aircraft mechanic and instructor. Banks served our country in active service for twenty years and then continued his service as a member of the Air Force Reserves. In his civilian life he enjoyed being a member of the Millerâ€™s Merry Manor family in Plymouth for 13 years working in building operations and maintenance.
Banks served as a scout leader in Delaware and Texas. He was a member of the Inwood United Methodist Church. He enjoyed many years working in retirement on his small farm and in his wood shop.
Banks is survived by his wife, Rudy (LeBleu) Filson of Plymouth, IN. Also surviving are his children; Deborah (Jerry) Wilson of Longview, TX, Julie (late husband, Joseph) Petrelli of Playa Del Ray, CA, Frank Filson and his wife, Michelle Livinghouse of Plymouth, IN, Shelley (Don) Bechtold of Manhattan Beach, CA, Rod (Kristina) Filson of Mishawaka, IN, and David (Kimberly) Filson of Frankfort, KY; along with many grandchildren and great-grandchildren.
He was predeceased by his parents, his sister Theada Carlysle and his brother Lowell Filson. He is survived by his sisters Kathryn Kulwicki of Wills Point TX and Carol Thompson of El Cajon CA.
Visitation will be on Saturday, April 13 at Johnson Danielson Funeral Home at 1100 N. Michigan Street, Plymouth from 11:00 a.m. until 1:00 p.m. A funeral service will follow at 1:00 p.m. at the funeral home. Interment will take place after the service at New Oakhill Cemetery with Military Honors provided by members of the American Legion Post 27, Veterans of Foreign War- Marshall County Post 1162 and Disabled American Veteran Chapter 42.
Memorials can be made to the Boys and Girls Club of Marshall County at 314 E Jefferson St, Plymouth, IN 46563.