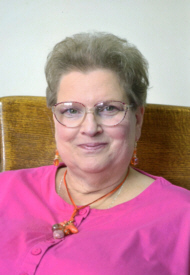 Barbara A. Letica, 66, of Donaldson, passed away peacefully Friday afternoon, March 11, 2016, at Catherine Kasper Life Center, Donaldson. Barb was born on April 15, 1949 in East Chicago, Indiana, to Bartul and Lorraine (Drozinski) Letica.
After graduating from High School, Barb never married, but she remained very active furthering her education. She first began her education at the Ancilla College, from 1967-1970, earning an Associate of Arts (A.A.), in Theology/Theological Studies. She then went to Alverno College, Milwaukee, Wisconsin, from 1970-1972 and received her Bachelor of Science, in Education, Elementary Education, Art and English. Barb then attended Loyola University, Chicago, Illinois, Cardinal Stritch University, Wisconsin, and the School of the Art Institute of Chicago (SAIC).
After her extensive College background, her intentions were to become a sister; Girls Aspiring to become a Poor Handmaid of Jesus Christ, from 1963-1967. But she then realized that God was calling her to be an Educator and Media Specialist at the Poor Handmaids of Jesus Christ. She settled in 1963 for twelve years, leaving in 1980. In 1980 she went to work for Krock’s and Brentano’s, where she was an Assistant to VP of Advertising. In December of 1980, she began working at IIT Research Institute in the Pathology Department, leaving in 1983 to work at the University of Chicago, in the Life Sciences Department. Barb helped transcribed manuscripts for law professors at the University of Chicago Law School until 1985. Ultimately Barb retired in 2005 after eleven years from the Maria Center Independent Living Apartments in Donaldson, where she was a caregiver.
Surviving are her parents; Bartul and Lorraine Letica, Donaldson, four siblings; Mike, and wife Candy of Texas, Rita, and husband Larry of Westminister, Colorado, Sue, and husband Keith of Hebron, and Lucy, and husband Gary of Lake-in-the-Hills, Illinois.
In keeping with Barbara’s wishes, a private memorial service will be held at a later date.