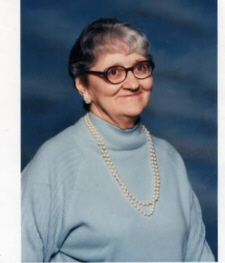 Barbara Alice (Bobbie) Sheehan, beloved mother, grandmother and great-grandmother, of 315 Garro Street in Plymouth passed away suddenly on Tuesday, July 3rd at Memorial Hospital of South Bend. Barbara was born in Plymouth on March 20,1928. She was the oldest of four children born to Kenneth and Iris Baldwin.She graduated from West High School in 1946 and later went on to graduate in 1950 from Indiana University with a major in Art Education. While attending IU, she fell in love with and married another former Plymouth resident, James William Sheehan.
After graduating college, Barbara and Jim moved to the Detroit area where she became a stay-at-home mother and raised four children. She was an active member of her community, volunteering in the PTA, Red Cross, and Scouting. She returned to Plymouth in 1973 and helped her brother open and manage The Big Mug Drive-In. After closing, she remained a cook at many restaurants throughout Plymouth and the surrounding area until vascular problems forced her to retire in 1992. She moved into the Garden Court Apartments after retiring and lived there until her death. Both of her parents preceded her in death, as did her brother David (Judith) Baldwin of Plymouth. Her other brother, John (Dorothy) Baldwin of Kingsbury Heights, IN and her sister, Rebecca Schrock of Indianapolis survive her, as well as her four children, Michael Sheehan of Indianapolis, Jennifer Sheehan of South Bend, Timothy (Diane) Sheehan of Plymouth and Joel (Kelly) Sheehan of Andrews, IN, six grandchildren and four great-grandchildren.
Per Barbara’s wishes, she will be put to rest in a private family service at Oak Hill Cemetery in Plymouth.