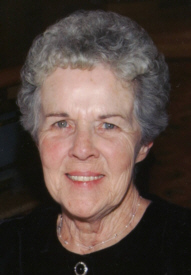 Barbara A. Sowards 77, of Lawrence Lake Drive, passed away after an extended illness at 7:56 p.m. on Tuesday, December 17, 2013 in the St. Joseph Regional Medical Center, Plymouth Campus.
The daughter of Burton F. and Marguerite Craig Johnson, Barbara was born on March 16, 1936 in Detroit, Michigan. She graduated from Shawnee Mission High School in Kansas with the class of 1953.
Barb would marry Jack Hann who would precede her in death in 1970. In 1973, she married Clarence E. Sowards. He preceded her in death in 1989.
Barb was a self-employed owner of B&B Agency, serving as a public accountant. She sold her company to Richard Bean in the 1980s and continued to work for the company until her retirement in 2011.
She loved to travel, having gone with her daughter Cindy on over 30 cruises all over the world, her favorite location being Venice, Italy. Barb also had a huge love for her little dogs that lived with her.
She is survived by her four children: Linda (Robert) Bult of DeMotte, IN., Steven (Sherry) Hann of Plymouth, Janet (Robert) Fritts of Mooresville, NC., and Cynthia Hann of Sturgis, MI; 7 grandchildren and 17 great-grandchildren; and a sister, Sandra (Jose) Aponte of Kansas City, MO.
Friends may visit with Barb’s family from 6 – 8 EDT on Friday, December 20, 2013 in the Johnson-Danielson Funeral Home, 1100 N. Michigan Street, Plymouth.
Graveside services will be held at 11:00 a.m. EDT on Saturday, December 21, 2013, in the New Oakhill Cemetery, Plymouth, officiated by Life Celebrant Roberta Norris.
Memorial contributions can be made to the Humane Society of Marshall Co, PO Box 22, Plymouth, IN 46563.