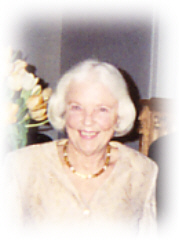 Barbara Jane “Barb” Schori, 77, a long-time Plymouth resident, died at 4 a.m. on Tuesday, August 2, 2005, of complications from scleroderma. Barb died in her home for the past ten years, at 16459 Pretty View Drive, Plymouth, in the care of the Marshall County Hospice and Patty’s Home Health Care.
Born in Ligonier, Ind., on November 16, 1927, Barb was the daughter of Fred and Golden Jones Dunnuck. She graduated from Atwood High School with the class of 1945.
On May 25, 1946, in Bourbon, Ind., she married Robert L. Schori. Bob would precede her in death on May 3, 1987.
She and Bob opened their first restaurant in Etna Green, then later in Bourbon, moving west to Plymouth.
They purchased Howell’s Chicken in the Rough restaurant in 1958. When the Colonel himself came by, they became a franchisee of Kentucky Fried Chicken and were widely known as ‘Schori’s KFC’ on E. Jefferson St., now the home of the Marshall County Boys & Girls Club.
Before long, the Schoris’ were operating five KFC carry-out locations, including a 25-year operation in Warsaw, Ind., and also built the present store located on N. Michigan St. in Plymouth.
Barb remained active in the family business long after the death of her husband, Bob.
She enjoyed playing bridge, gin rummy and traveling. She and Bob had a home on the 11th fairway and Barb was an avid golfer, playing most often at the Plymouth Country Club where she was a longtime member. She loved to read and she was a frequent attendee at Broadway theater and ballet performances.
She enjoyed Plymouth High School sports and held season tickets, along with several of her good friends, for many sporting events. Strong in her Christian Faith, she was a long time member of the 1st Presbyterian Church, having served as a Deacon and Elder of the congregation. At the same time Barb was a cosmopolitan women with great taste and class who was fulfilled helping others.
She was a Red Cross volunteer and Dorcas Society member.
Barb is survived by two daughters and a son. They are Roba L. Kribs and Carl Beason, Plymouth, Ind.; Randa L. and Steve Warren, Indianapolis, Ind.; and Matthew R. and Jane Schori, Warsaw, Ind.
Eight grandchildren, three great-grandchildren and a sister, Ilene Parker, of Warsaw, also survive.
She was preceded in death by her parents and her husband. One brother, Robert Dunnuck, also has died before her.
Friends will be welcomed by Barb’s family at the Johnson-Danielson Funeral Home, 1100 N. Michigan St., Plymouth, from 4 to 8 p.m. on Thursday, August 4, 2005, and for one hour prior to funeral services at the church on Friday.
The Rev. Les Johnson, former pastor of the 1st Presbyterian Church, 401 N. Walnut St., Plymouth, will conduct the funeral services for Barb in the church at 10:30 a.m. on Friday, August 5, 2005.
Burial will be in New Oakhill Cemetery, Plymouth.
Memorial gifts in Barb’s memory will be appreciated by the Scleroderma Foundation, Chicago Chapter, 330 S. Wells St. Suite 1318, Chicago, Ill 60606 or the Marshall County Chapter of the American Red Cross, 215 W. Garro St., Plymouth, IN 46563.