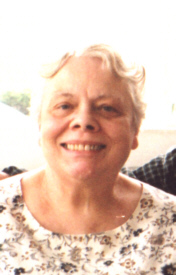 Barbara Jean Walker, 77, a resident of 711 Magnetic Parkway, Plymouth, passed away peacefully the morning of Wednesday, March 18, 2009 in the Catherine Kasper Life Center following complications from surgery.
Barbara was born the daughter of Hollis “Holly” Ford Falconbury and Helen Byers (Lepper) Falconbury in Plymouth on October 19, 1931. She was a lifetime resident of Plymouth having graduated from Plymouth High School in 1950.
She married James Paul Walker in South Bend, Indiana on February 7, 1951, he preceded her in death on April 24, 2005.
Barbara was a devoted Catholic and her faith in God was all encompassing as a member of St. Michael’s Parish in Plymouth.
Her greatest accomplishment in life was her family. She was a devoted, loving and caring wife, mother and grandmother who enjoyed a rousing game of Scrabble.
Survivors include her four children; JoAnn Morrow and Ted Luniewski of Pittsburgh, PA, Jeanne S. Walker and Alan Ehrich of Chicago, IL, James W. Walker and John H. Walker both of Plymouth. Two grandchildren; Schuyler Mitchell and Ian Pope both of Chicago survive as well.
She was preceded in death by her husband James, her parents, and a daughter Janet L. Walker.
Friends are invited to share their memories of Barbara with her family at the Johnson- Danielson Funeral Home, 1100 N. Michigan St., Plymouth, from 5 to 8 p.m. on Friday, March 20, 2009. A rosary will be prayed at 7:30 p.m. Calling will continue after 7 a.m. Saturday in the funeral home.
A Mass of Christian Burial will be held at 11:00 a.m. on Saturday, March 21, 2009, in St. Michael’s Catholic Church, 613 N. Center St., Plymouth. The Rev. Father William Kummer will officiate.
Burial will be in Oakhill Cemetery, Plymouth.
Memorial gifts in Barbara’s name may be made to St. Michael’s School Playground Fund.