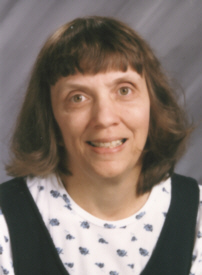 Barbara M. Kariger, 56, a resident of 12450 Hillside Drive, Plymouth, died peacefully at her home in the company of family at 10:50 p.m. Friday, October 9th.
Barbara was born in LaPorte, Indiana on October 22, 1952. She is the daughter of Rolling Prairie residents, Paul E. and Marilyn R. (Pankowski) Nelson.
She was a graduate of New Prairie High School and received her Bachelors degree from Manchester College in 1975 and a Masters in Education from Indiana University – South Bend in 1979.
On December 27, 1975 in Rolling Prairie she became the bride of George H. Kariger. Together they dedicated their professional lives to the education of children including their own four children: two sons; Michael G. Kariger and Matthew P. Kariger both of Indianapolis, and two daughters; Melissa K. Kariger at Valparaiso University and Megan K. Kariger of Grand Valley State University in Allendale, Michigan.
A brother also survives; Donald and wife Traci Nelson of Naperville, Illinois and children Dani and Zac.
Barb served as a reading teacher and aide in all grade levels of the Argos Elementary School from 1977 – 1982. She paused to raise her young family and in 1999 she returned as an aide and Title One Reading teacher at Webster Elementary until 2005. After that she continued as a substitute teacher in the Plymouth Community School system until her illness would not allow after being diagnosed with ALS in March of 2007.
The devoted staff and children of both schools made it possible for Barbara to accomplish daily tasks at home with handicap accessibility. She was also able to travel to the historic sights of Boston and experience the beauty of the Grand Canyon.
She was a member of St. Michael Roman Catholic Church, Plymouth. As hobbies she enjoyed scrap booking and collecting Christmas ornaments.
Barb’s family will receive friends on Wednesday, October 14th from 3 – 7 p.m. EDT in the Johnson-Danielson Funeral Home, 1100 N. Michigan Street, Plymouth. A Mass of Christian Burial will take place on Thursday morning at 11 a.m. EDT in the St. Michael Catholic Church, 613 N. Center Street, Plymouth. Burial will follow in the New Oakhill Cemetery, Plymouth.
In Barbara’s own words she wished not to be remembered as a victim of ALS but rather for her love of all children and with that has requested that memorial gifts may be made to the Make-A-Wish Foundation, 7330 Woodland Drive, Indianapolis, Indiana 46278