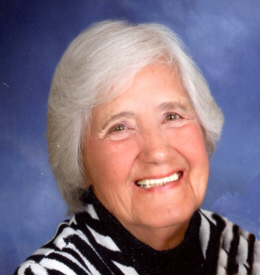 Barbara Podd-Seese, 86, of Plymouth, passed away early Saturday, February 11, 2017 in her residence.
She was born December 15, 1930 in Plymouth, to the late Charles and Anna (Geisleman) Croy.
She graduated from Plymouth High School in 1948.
Barbara married Raymond Podd on December 18, 1948 in Illinois; he preceded her in death on March 11, 1993. She then married Dale Seese on June 21, 1996 in Plymouth; and he survives.
Barbara enjoyed traveling to Sebring, Florida during the winter months, as well as reading, walking, and especially spending time with her family. She had worked at United Technology for thirty-five years and K-Mart for ten years. Surviving is her husband, three daughters; Naomi (Steve) Peer of Goshen, Dianna (Dan) Clark of Oklahoma, and Brenda (Greg) Gill of Plymouth, four step-children; Tiffany Seese of Westfield, Tabitha Seese of Westfield, Kim Seese of Fort Wayne, Tina Seese of Hartford City. Also surviving are her seven grandchildren; Raean (Kyle) Heath, Renae (Mike) Goolsbay, Danette (Matt) Carney, Stacy (Lance) Best, Ken (Andrea) Peer, Amy (Derek) Workman, Greg (Krista) Gill Jr., one step grandson; Peyton Seese-Papp, seventeen great-grandchildren, five great-great-grandchildren and one to be born in August, two sisters; Leona (Merle) Gibbons of Plymouth, and Betty (Lewis) Shively of Minnesota. She was preceded in death by her parents, husband; Raymond Podd, sister and brother-in-law; Ann and Bill Snyder, and a step son; Timmy Seese.
Friends may visit with the family from 4-7 PM Wednesday, February 15, 2017 in the Johnson-Danielson Funeral Home, 1100 North Michigan Street, Plymouth, and from 12:00 PM until time of service on Thursday.
Funeral services will be 1:00 PM Thursday, February 16, 2017 in the funeral home with Pastor Mike Goolsbay officiating.
Burial will be in the New Oak Hill Cemetery, Plymouth.
Memorial contributions may be directed to the Center for Hospice, 112 South Center Street, Suite C, Plymouth, Indiana 46563.