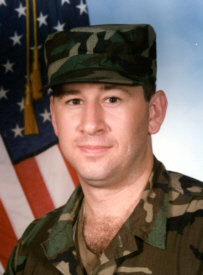 Barry James Cox, 59, of Plymouth, passed away Thursday, May 18, 2017 in the Saint Joseph Regional Medical Center-Plymouth Campus.
Barry was born October 9, 1957 in Bremen, Indiana to the late Lowell and Helen (Miser) Cox.
He graduated from LaVille High School, where he was active where he excelled in track and football.
Barry served in the United States Army from 1989 and was honorably discharged in 1992. Barry was owner and operator of B.J. Cox Trucking.
He enjoyed riding his Harley motorcycle, hunting, and going to Christoâ€™s. He never had a bad word to say about anyone. He loved his family and enjoyed spending time with them. Barry was a member of the VFW Post 1162 and the American Legion Post 27.
Surviving are his three children; Kalum Cox, and girlfriend Jessica Carpenter of Argos, Jordan Cox and fiancÃ© Jamie Ewing of Culver, and Masen Cox of Plymouth. Also surviving is a granddaughter; Mackenize Cox and a sister; Beth Cox of Denver, Colorado.
Barry was preceded in death by his parents.
The family will receive friends on Thursday, May 25th from 10:00 a.m. â€“ 12:00 p.m. EDT in the Johnson-Danielson Funeral Home, 1100 North Michigan Street, Plymouth. A Service of Remembrance will begin at 12:00 p.m. in the funeral home with Pastor Steve Cox officiating.
A family committal service will take place at a later date in the Chapel Hill Memorial Garden Cemetery, Osceola, Indiana.
Memorial contributions may be directed to the VFW Post 1162, 606 West Lake Avenue, Plymouth, Indiana 46563.