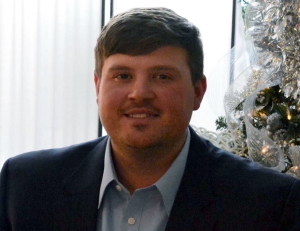 Our hearts are heavy and forever broken with the passing of a most vibrant young soul in our community.
Benjamin Joseph Wayne Fisher, 29, of Plymouth, was hit and killed while performing his duties as a traffic control flagger, on Friday, July 26, 2019, just one day after his birthday. The tragedy took place on State Road 13, just outside of Syracuse, where crews had been working for the last several weeks.
Born at Memorial Hospital on July 25, 1990, Ben grew up in Plymouth, attending St. Michael Catholic School and Plymouth Community Schools; finishing with homeschooling for his high school career. With a servantâ€™s heart, he was a volunteer for his church and community, an advocate of Right to Life, abused victims and strongly believed in our Second Amendment. He and his family place the Four Crosses at the Marshall County Courthouse each October in remembrance of all who have passed from domestic violence.
By the grace of God, Benjamin at 13, survived a tragic motor vehicle accident that took the life of his oldest brother, Joshua.
Growing up, the Fisher boys were well known for their athletics. Ben excelled in football and baseball, but his true passion was basketball. One of his greatest memories in his short life was attending the last game of the 2016 World Series with his best friend and brother, Nickolas. Benâ€™s passion and commitment to our Lord and Savior was evident as he witnessed to all. He had a sympathetic heart for our Veterans and had been working on his ideas for our community. His enthusiasm for life and determination to help his community was evident when he filed as a GOP Mayoral Candidate this past January. Five minutes of conversation with Ben, told his listener he was a bright and intelligent part of our community and would be a huge asset and important part of our future. His integrity and morals were never doubted, and he remained strong in his principals. Ben proved his loyalty to Plymouth by using Crimson and White.
Benâ€™s passion was also forefront in his workplace, Traffic Control Specialists, Inc., where he was a member of LIUNA Local #645. He served as Shop Steward, helping negotiate between his co-workers and management.
As his last act of selflessness, true to his character, Ben saved his co-workerâ€™s life by shouting for her to move. He is a true hero in her eyes. Benjamin is survived by his loving family: Momma, Jo Whitesell Fisher, and his younger brother, Nickolas DJ Fisher, along with his familyâ€™s pets, Liam and Sonny. Many other family members and family friends also survive. Welcoming him to Heavenâ€™s gate are his big brother, Joshua, Grampas, Bill and Dale, Great-Gramma Okle, and many others whoâ€™ve passed before him.
Visitation will be held from 1-7 p.m. EST on Friday, August 2, 2019, at the Plymouth Wesleyan Church, 11203 S. Michigan Street Road, Plymouth, IN 46563. A Prayer Service will begin at 6:30 p.m EST with Fr. Craig Borchard.
Mass of Christian Burial will be held at 9 a.m. EST on Saturday, August 3, 2019, at St. Michael Catholic Church 625 N. Center St. Plymouth, IN 46563 with Fr. John Korcsmar and Fr. William Kummer officiating.
Burial will be held in the St. Michael Catholic Cemetery, Plymouth immediately following service. â€œI AM MY BROTHERS KEEPERâ€ is one of Benâ€™s many strong beliefs. He fulfilled this until his last breath.
Memorial contributions in honor of Benâ€™s life may be made at 1st Source Bank under the account of â€œI AM MY BROTHERS KEEPERâ€