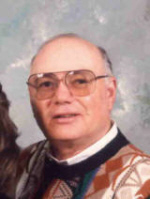 Bennett H. “Ben” Alliss, 61, a lifetime Plymouth resident, died at 8:24 p.m. on Friday, April 26, 2002. Ben died at his home, 8825 9B Road, following an extended illness, under the loving care of his family and friends.
Born in Plymouth on August 8, 1940, Ben was the son of George S. and Vera Louise Miller Alliss. He graduated from Lincoln High School with the class of 1959. On June 29, 1974, in LaPorte, Ind., Ben and Janice A. Meloy were married. A lineman for NIPSCO for 36 years, Ben retired in August 1995. Mostly Ben loved being around people –especially his family. Always a friendly, outgoing person with a gentle nature and a good sense of humor, he enjoyed watching and feeding birds. Fishing and golf were two pastimes he enjoyed. Showing an unusual, and fun, side of his personality, he had a large collection of Beanie Babies. He attended the Inwood United Methodist Church . Ben is survived by his wife, Janice and by two daughters and two sons. His daughters are Kimberly Dawn and Jeff Marvel, Kingston Springs, Tenn. and Shelly Louise and Steve Harrison, Colorado Springs , Colo. His sons are Bradley Herald Alliss, Colorado Springs, Colo., and Ty Brandon and Kelly Alliss, Elkhart, Ind. Quang and Lisa Tran, looked upon as his “special” son, Bedford, Ind., also survives. Ten grandchildren together with several nieces and nephews also remain. A brother, Roger and Carol Alliss, Crete, Ill., survives Ben’s death as do four sisters: Almary Knowles, Grand Tower, Ill.; Shirley and James Lake, Cimmaron, New Mexico; Virginia and Ernest Rowe, Plymouth, and Janet and Robert Lortie, Ligonier, Ind. Ben was preceded in death by his parents and two brothers, Dale and George Alliss. Friends may visit with the family to share their memories at the Johnson-Danielson Funeral Home, 1100 N. Michigan St., Plymouth, on Tuesday, April 30, 2002 , from 4 to 8 p.m. A 10 a.m. graveside service will be held on Wednesday, May 1, 2002 , in New Oakhill Cemetery with Shirley Snider, officiating. Memorial gifts in Ben’s memory may be made to the Hope Lodge in Indianapolis, Ind.