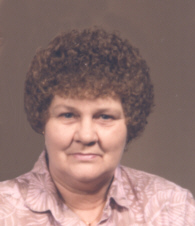 Bessie L. Clark, 700 Berkley St., Plymouth, died of natural causes on Thursday, March 24, 2005, in Woodlawn Hospital, Rochester, Ind. She was 73 years old.
Her family will remember her as a great wife, mother and grandmother.
Born in Chicago, Ill., on April 23, 1931, Bessie was the daughter of Lloyd and Ethel M. White Wilson. She attended Ben Davis High School in Indianapolis, Ind.
On December 1, 1947, in Indianapolis, Bessie and Elmer L. Clark were married.
She had lived in Marshall County since 1947, coming from Indianapolis and had worked in manufacturing as a skilled laborer.
Bessie loved to dance.
She enjoyed flowers –most especially wildflowers, birds and animals.
She is survived by Elmer, her husband of 57 years, and by their eight children, 19 grandchildren and 15 great-grandchildren.
There are two daughters and six sons who survive her death. Her daughters are: Elizabeth Ann Johnson, Ohio and Sheila and Joe Dixon, Talma, Ind.
Her sons are: Kenneth F. and Joan Clark, Argos, Ind.; Michael L. Clark, Ken.; Jack E. and Ada Clark and Charles H. Clark, all of Hamlet, Ind.; Kirk D. and Pat Clark, Plymouth, Ind.; and James L. Clark, Bourbon, Ind.
Two sisters, Cora Jane Kelso and Katherine Burris, Indianapolis, survive as well.
Visitation with Bessie’s family will be held in the Johnson-Danielson Funeral Home, 1110 N. Michigan St., Plymouth, Ind., from 12 to 2 p.m. on Tuesday, March 29, 2005.
At 2 p.m. on that Tuesday, March 29, 2005, following visitation, a funeral service will be held in the funeral home.
Burial will be in the County Line Brethren Cemetery, Lakeville, Ind.
Memorial gifts in memory of Bessie may be made to a charity of the donor’s choice.