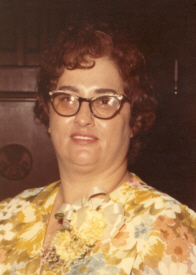 Bessie M. Holl, 82, a Marshall County resident since 1950, passed away at 2:00 a.m. on Wednesday October 30, 2013 in Miller’s Merry Manor, Plymouth.
The daughter of Albert W. and Maxine Hankins Pigg, Bessie was born in Terre Haute, Indiana on March 21, 1931. She graduated from Indiana State High School in 1949.
That following year, Bessie married George R. Holl Sr. in Terre Haute on January 29, 1950. He would precede her in death on December 6, 2007.
Bessie had worked for Norwesco, then as a dietician for the Marshall County sheriff department and finally for Ancilla College, retiring after 10 years.
She enjoyed to garden and raise their farm animals especially horses. She was a supporter of the Marshall County Humane Society and a Charter for AARP. She was a member of St. Thomas Episcopal Church in Plymouth.
Bessie is survived by her son, Dr. George Robert “Rob” (Sally J.)Holl Jr. of Plymouth, and his children, Brent R. (Cari) Holl of Terre Haute, Ryan A. Holl of Somerset, NJ, and Bessie’s daughter, Denise R. Holl of Danbury, CT. Also, a new great grandson, Lucas Robert Holl and six nieces and nephews.
The family will receive friends on Saturday, November 2, 2013 from 11 a.m. – 1 p.m. in the Johnson-Danielson Funeral Home, 1100 N. Michigan St., Plymouth.
Services will follow visitation at 1 p.m. in the funeral home with Rev. Thomas E. Haynes, pastor at St. Thomas.
Burial will be in Roselawn Memorial Park, Terre Haute, Indiana.
Memorial contributions can be made to the Humane Society of Marshall Co, PO Box 22, Plymouth or St. Thomas Episcopal Church 400 N. Center Street, Plymouth.