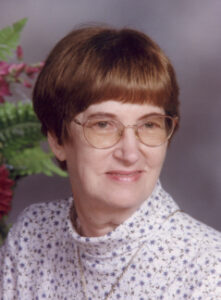 Betty Jean (Wilson) Heiden, 71, passed away in Miller’s Merry Manor in Plymouth, at 3:55 p.m. on Monday, February 6, 2012.
Born in Plymouth on April 8, 1940, Betty was the daughter of Donald S. and Mary C. (Richard) Splix.
A lifetime Plymouth resident, she was raised in the Roman Catholic Faith and graduated from Plymouth High School. Betty was first married to William D. Wilson. She then married Carl F. Heiden on June 25, 1983 in Plymouth. Carl died on November 26, 1996.
Betty, a homemaker, was also a teacher’s aide at Washington school.
She enjoyed knitting and shopping and was a former member of Tri Kappa Sorority and Bunco group. Betty is survived by three daughters. They are: Tamela J. (Douglas) Voreis, Farmington, Conn., Debra K. (Steven) Slemp, Plymouth, and Patricia A. Wilson-Noell (Oak) of Skillman, NJ.
Surviving grandchildren are: Nathaniel, Alex, and Elliott Voreis, Stephanie and Hilary Slemp and Hazen and Kyra Noell, together with a sister-in-law, Teresa Splix, Plymouth, and several nieces and nephews.
She was preceded in death by her spouse, her parents, a brother, Stanton Splix, and nieces Sandra Splix and Peggy Splix Nelson.
Friends will be welcomed to share memories with the family in the Johnson-Danielson Funeral Home, 1100 N. Michigan St., Plymouth, on Thursday, February 9, 2012, from 4 to 7 p.m. Funeral services for Betty will be on Friday, February 10, 2012, at 10:30 a.m. The Rev. William Kummer, pastor of St. Michael Church will officiate.
Memorial contributions in Betty’s memory may be made to Multiple Sclerosis Foundation, 6520 North Andrews Avenue, Fort Lauderdale, Florida 33309-2130