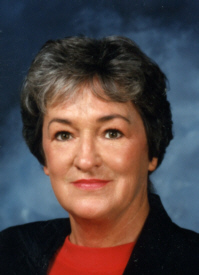 Betty L. Engel, a lifetime Marshall County resident, passed away at her home following a brief illness on Sunday morning, April 24, 2016. She lived a strong, happy life and was admired by those who knew her for the cheerful and honest way she conducted herself in business and as a public servant.
Born one of six children to Darrel Charles Florian Sr. and Mary (Deveny) Florian in Plymouth, Indiana, Betty arrived on January 23, 1929. She was educated in Plymouth Schools and was a 1947 graduate of Lincoln High.
Betty was a devoted single mother of two children; Steven C. (Mary Beth) Engel and Susan L. (Rick) Maze all of Plymouth. Her grandchildren are; Tess (Skye) McDonald, Vicki (Mike) Dosmann and Lindsey Fisher. Her seven great-grandchildren include Dax, Ila, Katelin, Lia, Trea, Meran, and Lizabeth Sue “Lizzi” Dosmann who preceded in death.
She enjoyed times with her siblings; D. Charles “Chuck” Florian Jr. and his wife Jackie of Granger, Darlene Fisher of Austin, TX, I.D. “Duke” Florian and his wife Carol of Zionsville, IN, Janet Ferguson of Port Clinton, OH and JoAnn Pohl, deceased. Many nieces and nephews also survive.
A brother-in-law, Robert “Robbie” Fisher also has preceded in death.
Betty began working with people right out of high school and never looked back. First in the office of Dr. C.H. Dunfee, then the Indiana Motor Bus Co. followed by the Indiana License Bureau. Most notably in 1961 she began a 30 year career in automotive bookkeeping and sales with agencies; Weeks Motors, Dan Young-Village Motors, Linville Motors and ending with Tim Martin Buick/GMC. Missing involvement with the public she was elected to serve two terms as Marshall County Recorder from 2003-2011. In September of 2014 she was appointed to serve on the Alcoholic Beverage Commission and served until March of this year.
She was a longtime member and past Elder of the Plymouth First Presbyterian Church. Betty was a lifetime member of the Women’s International Bowling Congress having been in 25 national bowling tournaments and won the State tourney in 1976. She was a past president and member at-large of Delta Theta Tau.
In her own words Betty leaves you with these thoughts; “A special Thank-You… to all my many friends, classmates, church friends and Hospice Caregivers. For all of the care, cards & flowers, and to my loving and caring family. IT WAS A GOOD RIDE!!”
In keeping with Betty’s wishes no services will be held at this time.
It has been requested that rather than flowers, gifts in her memory be made to The Center for Hospice Care 112 S. Center St., Plymouth, IN 46563, First Presbyterian Church 401 N. Walnut St., Plymouth, IN 46563 or Charity of Your Choice.