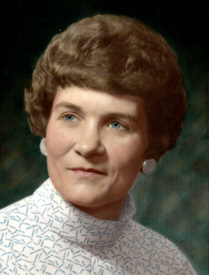 Betty L. Rhoda, 81, a resident of 11010 Manor Drive in Plymouth, passed away at 5:30 p.m. Friday at home in the loving care of her husband Jim and the Center for Hospice Care.
She was born on January 6, 1934, the daughter of Raymond and Opal (Germann) Lahrman in Ft. Wayne, Indiana. She was raised there and became a graduate of Southside High School in 1952.
In a chance encounter she met the love of her life James W. Rhoda who was serving in the National Guard along with her brother Robert. They were married in Ft. Wayne on May 2, 1952 and remained ever faithful to each other.
Jim’s career led the couple to settle in Plymouth and built their home in 1964. Betty attended Ancilla College with studies in accounting. She performed office duties at the Parkview Hospital in Plymouth, then joining Drs. Kubley and Robertson in their practice and managed the office for many years. She would then retire from the Marshall County Welfare Department in 1994.
The couple were longtime members of the First Presbyterian Church where Betty served as Clerk of Session. Betty was a member and Past Worthy Matron of the Order of the Eastern Star Chapter 26 and became District Deputy in 1974. Jim was also a loyal member of the Eastern Star and Plymouth Kilwinning Masonic Lodge and supported each other’s efforts.
Betty kept busy through years of declining health by gardening in her yard and handiwork like cross stitch. Together they enjoyed extensive travel for pleasure and health treatments. In particular they followed ice skating competitions and viewing covered bridges though out the country. Over 16 trips to Bar Harbor, Maine and trips to the California coastal area of Carmel both left a special place in their hearts.
The family will receive friends on Saturday, March 7th from 11 a.m. until Noon in the Johnson-Danielson Funeral Home, 1100 N. Michigan St., Plymouth. At Noon members of the Eastern Star Chapter 26 will provide a memorial rite. A light reception lunch will be served in the funeral home immediately following the service.
In appreciation of the gentle care given to Betty over this past year, Jim would ask that memorial gifts be given to the Center for Hospice Care, 112 S. Center St., Plymouth, IN 46563.