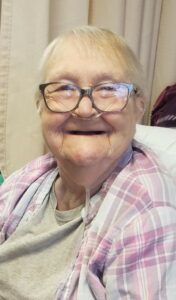 She worked for United Tech Technologies as a welder for 18 years before retiring in 1996. Betty was known as a ball of fire who was spunky, stubborn, simple and would give the shirt off of her back for anyone that needed anything. A baseball enthusiast that loved watching the Chicago Cubs and the White Sox. She enjoyed gambling, especially playing the lottery and playing bingo.

Betty is preceded in death by her parents, husband Carl, brothers Clyde and Junior Wilson, and sister Sarah “Catherine” Guyer.

A celebration of life will take place at a later date.

Memorial contributions can be made to the American Cancer Society, 130 Red Coach Dr. Mishawaka, IN 46545.