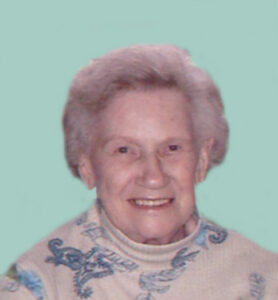 Betty P. Freese, age 82, a lifetime resident of Plymouth, passed away at 1:00 a.m. on Monday, December 31, 2012 after a lengthy battle with cancer in the loving care of her son, daughter-in-law and granddaughter.
Betty was born on January 7, 1930 in LaPaz, to Darrell Muffley and Edith P. Maxson. She attended LaPaz High School.
Betty worked in the optical field for over 30 years and organized a Union at American Optical in the early 70’s. She retired from the profession in 1991.
Betty is survived by her son, John (Linda) Wakeland of Plymouth; two sisters, Darlene Chaney of Des Moines, IA and Mary Jayne Clark of Goshen, IN; sister-in-law, Kiyoka Muffley of Ocala, FL; grandson, Eric (Crystal) Wakeland of Mooresville, NC and their daughter Emma; granddaughter, Rhonda (DJ) Frost of Plymouth, IN and their children, Zachary and Jonathan Tanner and Nelson and Whitney Frost; and numerous nieces and nephews.
She was preceded in death by her parents, step-father, Aaron Maxson, brother, Devere Muffley and brother-in-law, Gerald Clark.
The family will receive friends at the Johnson-Danielson Funeral Home, 1100 N. Michigan Street, Plymouth on Thursday, January 3, 2013 from 10:00 a.m. to 12:00 p.m. Funeral services officiated by Life Celebrant Roberta Norris, will be held immediately following visitation at 12:00 p.m. in the funeral home. Burial will in New Oakhill Cemetery, Plymouth.
In lieu of flowers, memorial contributions may be made to the Center for Hospice Care 112 S. Center St. Plymouth IN 46563 or the American Cancer Society, P.O. Box 22718, Oklahoma City, OK 73123-1718.