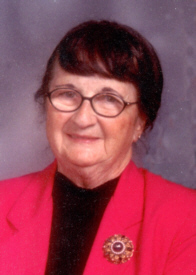 Betty V. â€œSargeâ€ (Miller) Koontz, 92, beloved wife, mother, grandmother, and great-grandmother, went to be with the Lord on December 8, 2016. Betty passed away peacefully at home surrounded by her loving family. Betty was born July 30, 1924 in Marshall County, the daughter of Lavon and Geraldine (Brown) Miller. She was a graduate of Riley High School in South Bend, Indiana. She met her one true love, Donald Koontz, at the Lapaz Dance Hall. They were married in the Argos home of her parents on February 5, 1949. From that moment they were devoted to one another as they prayed together, raised a family together, and operated a business together. They were married sixty-three wonderful years. Betty and Donald faithfully attended the Plymouth Sunrise Chapel for over fifty years. She began every day reciting the Lordâ€™s Prayer, ending with â€œThis is the day the Lord has made. Let us rejoice and be glad in it.â€ Betty was a member of the local Homemakers Club and Eastern Star. Betty was a caring, loving mother, and proud grandmother and great-grandmother. She enjoyed traveling while listening to Gaither Gospel CDs. Her two daughters and families are: Trudy and Tom Stearns of Plymouth, Indiana and their children; daughter Mindy Stearns and son Mason Stearns. Terri and Stephen Jackson of Jackson, Missouri and their two daughters; Kristine (Bryan) Keeven and Victoria (Stephen) Hemby. Her eight great-grandchildren include; Landon, Logan, Gabbie, Audrey, Norah, Nolan, Waylon, and Sloan. She was preceded in death by her husband; Donald, her parents, a brother; Harvey Brent Miller, and a son; Thomas George Koontz. A private memorial service will be held at a later date. In lieu of flowers, it was the familyâ€™s request that memorials be given to the Center for Hospice Care, 112 South Center Street, Suite C, Plymouth, Indiana 46563 and the Marshall County Humane Society, P.O. Box 22, Plymouth, Indiana 46563.