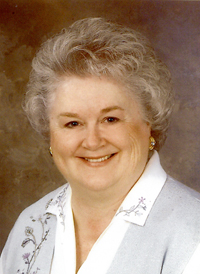 Beverly J. Fordham 77, of Plymouth passed away early Thursday morning July 19, 2018 at her home in Plymouth. She was born in Linton, Indiana on November 8, 1940 to Everett and Vivian (Craig) Parks. She married Donald Fordham on April 16, 1965 in Salt Lake City, Utah and he preceded her in death on March 30, 2016.
Beverly graduated from Anderson High School in 1959. She earned her B.S. degree from Brigham Young University and her Masterâ€™s degree from Indiana University, Bloomington. She was a school teacher for 10 years at Triton High School in Bourbon, retiring in 1996. She has lived in Plymouth since 1986 moving here from Madison, Indiana.
She was a member of The Church of Jesus Christ of Latter Day Saints.
Beverly is survived by one daughter, Andrea (Andrew) Bobelenyi of Bowling Green, KY and one son, Christian P. (Stephanie) Fordham of Fishers; sisters, Judith Leslie of Muncie, IN and Nancy Lawson of Pendleton, Indiana; 7 grandchildren and 5 great-grandchildren.
She was preceded in death by her parents, husband Donald, and two brothers.
Visitation will be held on Monday July 23, 2018 from 11:30 a.m. â€“ 1:30 p.m. in the Johnson-Danielson Funeral Home, Plymouth. Funeral services will follow at 1:30 p.m. in the funeral home with President Pat Kelly officiating.
Burial will follow in the New Oak Hill Cemetery, Plymouth. Memorial contributions can be made to the Plymouth Public Library 201 N. Center Street, Plymouth, IN 46563.