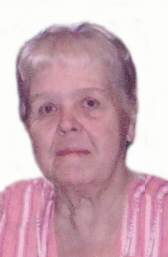 Beverly J. Baltes, 75, a resident of S. Seventh Street Plymouth since 1987, passed away at 4:45 a.m. Saturday, September 18, 2010 in her residence following an extended illness in the care of her family and the Center for Hospice Care.
Bev was born the daughter of George R. and Ethel D. (Parrish) Clayton in LaPorte, Indiana on November 19, 1934. She attended Plymouth schools.
On December 7, 1949 in Plymouth she married Elmer C. Baltes who preceded her in death on June 6, 1982.
A devoted mother and homemaker, Bev had worked in housekeeping at the Plymouth Holiday Inn for many years. She attended the Plymouth Baptist Church.
Bev thoroughly enjoyed family gatherings, country music, playing Euchre and games.
She is survived by her three daughters, a son and families. They are: daughter Cindy and Robert Sneed of Nappanee and children; Jeffrey R. Sneed and Tammy, Eugene E.C. Sneed, Beverly Sneed and Chuck, Lynnavie J. Sneed and Brandon and grand daughter-in-law; Jennifer Sneed, a son Ronnie E. Baltes of Knox, daughter Bonnie J. and John Hardesty of Plymouth and son; Austin J. Hardesty, and daughter Karen Baltes of Plymouth and her daughter Krystal M. Baltes. Nine great grandchildren also survive and one nephew Jamie and Sharron Clayton of Walkerton.
Bev was preceded in death by her parents, spouse, a grandson Robert Sneed, Jr., a brother Robert L. Clayton and a sister Elaine B. Resendez.
Friends may call from 5 – 7 p.m. on Wednesday, September 22nd in the Johnson-Danielson Funeral Home, 1100 N. Michigan St., Plymouth where services will be held at 7 p.m. with Rev. Doug Jividen, pastor of the Plymouth Baptist Church.
Graveside services will be held at 11 a.m. Thursday in the Tippecanoe Cemetery, State Hwy 331 South, Tippecanoe, Indiana.
Memorial gifts may be made to the Plymouth Baptist Church.