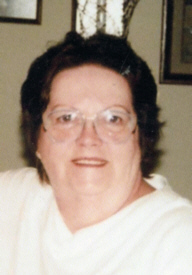 Beverly J. Bryan, 78, passed away in the Catherine Kasper Life Center in Donaldson, surrounded by her family, at 2:30 p.m. on Thursday, February 18, 2016.
Beverly was born in North Liberty, Indiana on April 1, 1937 to Raymond A. and Mabel (Ranstead) Powers. She graduated from North Liberty High School with the class of 1956, and would further her schooling at Ancilla College, Ball State and Georgia Tech.
On October 14, 1963 in Toledo, Ohio, Beverly would become the bride of Albert V. Bryan. The couple would soon make Plymouth their home in 1968. He would precede her in death on March 1, 2000.
Beverly worked in the medical field for over 30 years before finally deciding to retire at the age of 63.
She was a member of the Plymouth Baptist Church and the Arctic Circle Club. Beverly enjoyed craft classes and cake decorating. She had an owl collection that she had been building for the last 40 years. But Beverly enjoyed most, being with her loving family and friends.
She is survived by her three children: Johnny (Etsuko) Bryan of Silverdale, WA and their children Matthew, Hanna and Codie, Terri-Jo (Clint) Mayeur of Chugiak, AK, and their children Elena, Gina and Nick, and Shannon (Matthew) Stevens and their children Jordan, Lane and Anthony of Bourbon, IN; as well as, great grandchildren, Braylan and Brynleigh. Her siblings are: Robert Powers of North Liberty, Mary (Paul) Rexstraw of South Bend, Ruth (Rudy) DePaepe of Bass Lake, MN, and Audrey Rice of Lakeville.
Beverly was preceded in death by her husband, parents, and siblings: Raymond A. Powers Jr., Rita Eby, and twins, Amanda and William.
Visitation will be from 10 am- NOON EDT on Monday, February 22, 2016 in the Johnson-Danielson Funeral Home, 1100 N. Michigan Street, Plymouth. Funeral services will immediately follow at 12:00 p.m. in the funeral home.
Burial will be in the New Oak Hill Cemetery, Plymouth.
Memorial contributions can be made to the Catherine Kasper Nursing Home, P.O. Box 1, Donaldson, IN 46513.