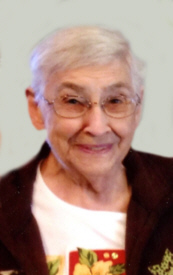 Beverly J. Lampkins, 78, passed away peacefully with her loving husband and family by her side at 11:15 p.m. on Saturday May 2, 2015 in the South Bend Hospice House.
Born on June 28, 1936 in Kewanna, Indiana, Beverly was the daughter of Fred D. and Alice M. (Abbott) Fisher.
On September 1, 1965, Beverly would become the bride of John F. Lampkins in Niles, Michigan. To this union six children were born: Mark, Rod, Pam, Kevin, John Jr. and Mike.
Bev’s love of animals was endless, and she worked as a dog groomer for many years. She was an original member involved in setting up the Marshall County Humane Society, and was active on the board for a few years. Bev worked for the Pilot News Newspaper in the circulation department for 11 years, and also for K-Mart for 5 years, until her retirement.
She enjoyed crafts, making many things including dream catchers for her family and crocheting. She loved to do puzzles and would spend weeks until she got one perfectly done. John and she cherished the motorcycle rides they would take every year, pulling their trailer and camping in all the states but Alaska and Hawaii. Bev was an excellent cook and baker, making delicious meals for Thanksgiving and Christmas every year, and she always made enough so everyone had food to take home.
Bev is survived by her adoring husband, John of Plymouth, and their children: Mark A. (Becky) Anderson of Grovertown, Rod L. (Peggy) Dawson of Culver, Pam S. Schuler of North Webster, Kevin R. Lampkins of Warsaw, John F. (Candy) Lampkins Jr. of Plymouth and Mike J. Lampkins of Plymouth. Also surviving are 15 grandchildren, soon to be 20 great-grandchildren, and her brother, Doyle (Donna) Fisher of Knox.
She was preceded in death by her parents; grandchildren: Tracey Anderson, Susan and Sarah Schuler, Kathy Lampkins and Scott Schuler; and her siblings: Melvin, Clifford “Bill”, Evelyn, Ruby, Bonnie Jean and Richard.
Visitation will be from 4-7 p.m. on Tuesday, May 5, 2015 in the Johnson-Danielson Funeral Home, 1100 N. Michigan Street, Plymouth. Funeral services will immediately follow in the funeral home at 7 p.m. with Rev. Charles Krieg officiating.
Family burial will be in the New Oakhill Cemetery.
Memorial contributions can be made to the Center for Hospice Care 112 S. Center St. Plymouth, IN 46563.