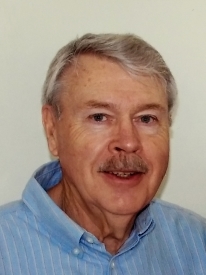 Bill D. Garver, 77, of Argos, Indiana passed away on Friday, April 26, 2019 surrounded by his loving family. He was born on February 12, 1942, in his family home in Marshall, Illinois to Emil and Florence (Miller) Garver, one of eleven children. Bill married Linda Green on July 25, 1964, at the Clarksville Baptist Church in Marshall, IL, onto this marital union three boys were born. They settled in Culver until 1996 after seeing their sons off to college and their own marriages, they retired in Argos, IN. Bill was a biology teacher for Aubbeenauddee and Culver Community Schools until his retirement in 1997. He had a Masterâ€™s in Education and a constant sense of humor he used to connect with his students. Bill was the master of â€œDad Jokesâ€ and enjoyed being a jokester. He sometimes brought home his live science class projects consisting of hamsters, snakes, or other animals that needed a home. He was always teaching and even taught Drivers Ed. This added some very good anecdotes to his dad jokes. Bill was the Coach for cross country, basketball and track teams and lent a hand with the golf teams. He especially loved his long-time commitment of announcing baseball games for Culver and training his sons to keep the scorebooks for the basketball teams. Bill was all state honorable mention all valley football tackle playing for Marshall lions. He enjoyed his later years playing golf and bowling with close friends. Always an active person, he traveled to all 50 states with his wife Linda. He enjoyed train travel, tinkering with cars, and finding the Garver family shortcut. Bill was a very creative and educated thinker. The best part of Bill was he was a very kind and thoughtful person, always putting others first. He sought to provide for others and his future generations in thoughtful ways. Throughout his life, he was spiritual. Amongst the churches he attended were the Culver Bible Church, Burr Oak Church of God and the Walnut Church of the Brethren of Argos.
Left to cherish his memories are his wife of almost 55 years, Linda Garver of Argos; his three sons, Matt (Dawn) Garver of Plymouth, IN, John (Gretchen) Garver of Castle Rock, CO, and Chris (Shawna) Garver of Vienna, VA; his siblings John (LuAnn) Garver of Rockford, IL, Betty Jane Spesard of Paris, IL, and Donald Garver of Clinton, IN; 9 Grandchildren and 2 Great Grandchildren; many other relatives and friends also survive. Preceding him in death are his parents, siblings Harry Garver, Mary Robinson, Marthell Mercer, Elizabeth Knight, Katherine Carpenter, Imojenan McCarty, and Dorothy Hulfacher; and one grandchild. The family request that in lieu of flowers donations in Billâ€™s name be made to the National Alzheimerâ€™s Association at alz.org as the family enjoyed annual walks for the group. A memorial service will be held on Saturday, May 18, 2019, at 4 p.m. with a visitation starting at 2 p.m. until the hour of service. All at the Johnson- Danielson Funeral Home 1100 N. Michigan St. Plymouth, IN 46563.