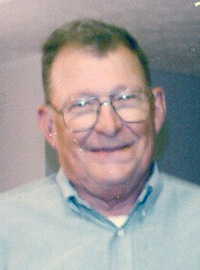 Billie J. Burgess, 74, passed away Monday evening at 6:15 p.m. at his home with his loving family by his side.
Bill was born on October 23, 1940 in Montrose, Arkansas to Timothy J. and Martha S. (Abernathy) Burgess. The family moved to the Marshall county area when he was in the 7th grade. He graduated with the class of 1958 from Bremen High School. He loyally served in the U.S. Navy from 1958 until his Honorable Discharge in 1971 in aircraft electronics. Bill served as the Chief of Navy and was aboard the U.S.S. Constellation, the U.S.S. Kitty Hawk, and the U.S.S. Bon Homme Richard. He then attended the College of Great Falls in Great Falls, Montana, graduating with his Bachelors in Business and Accounting in 1978. While going to college in Great Falls, Bill was on a bowling league with a gentleman, who had a daughter that just had to meet Bill. Needless to say, on January 22, 1975 Bill took as his bride this young lady, Paula A. Rhodes.
Bill worked as an accountant for many car dealerships, mainly Ford. This lead to Paula and him moving and seeing many places. The states included: Montana, Idaho, Washington State and California. He would retire in 2005 and the couple would move to Plymouth to be near his family.
In their younger years, Bill and Paula were on bowling leagues. He was a member of the V.F.W. in Bremen and the American Legion in Plymouth. He enjoyed fishing, panning for gold, and hunting and camping in the mountains. He loved reading anything and everything he could get his hands on. He liked to tend to his vegetable garden and mowing his lawn. Bill treasured visits from his son and grandkids.
He is survived by his wife of 40 years, Paula of Plymouth, and their son, Matt (Stephanie) Burgess of Washington State; his grandchildren: Kyle, Austin, Sebastian and Benjamin Burgess, all of Washington State; his mother, Martha Burgess of Plymouth; his siblings: Beverly (Edward) Kokoszki of Palm Coast, FL, Robert (Brenda) Burgess of Plymouth, Linda (Gene) Piper of Plymouth, and sister-in-laws, Eileen Burgess of Plymouth and Debra Rhodes of Great Falls, MT.
Bill was preceded in death by his fathers, Louis and Timothy, his son Andrew “AJ” Burgess in 1995 and his brother, John Burgess in 2009.
Family services will take place.
Memorial contributions can be made to the Center for Hospice Care 112 S. Center St. Plymouth IN 46563.