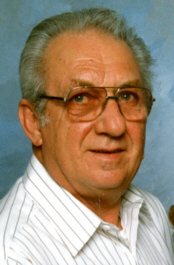 Billy â€œBillâ€ Joe Marshall, 78, of Argos and formerly of Shelburn, Indiana, passed away following a brief illness at 2:22 a.m. Thursday, April 27, 2017 in the Saint Joseph Regional Medical Center â€“ Plymouth Campus. He has been a Garden Court resident since 2010.
Bill was born May 9, 1938 in Sullivan, Indiana, to the late Bill W. and Evelyn F. (Woodsmall) Marshall.
Bill graduated from Shelburn High School in 1956.
He was formerly married to Georgia Carol Frederick in February of 1964; and she survives.
Bill had worked for Lever Brothers in Hammond, Indiana, Safety Guide Products in Scottsburg, Indiana and retired in 1999 in Plymouth from G.M. Enterprises as general manager.
Bill had an appreciation for old guns, he enjoyed roller skating, horse trail riding, but especially loved times spent with his kids and grandkids.
He is survived by his four children; Gary L. (Susan) Marshall of Plymouth and their daughter; Brittany and her children Morgan & Jaxson, Scott R. (Denise) Marshall of Eagan, Minnesota and their children; Stephanie & Brandon, G. Michael Marshall of Plymouth and his daughter; Megan and Jennifer L. (Troy) Houin of Plymouth and their son; Justin. Also surviving is a sister; Alice Ann (Bill) Goodman of Shelburn, Indiana, an uncle; Charles (June) Woodsmall of Terre Haute, along with several nieces and nephews.
He was preceded in death by his parents.
Friends may visit with the family from 4 â€“ 7 p.m. on Monday, May 1, 2017 in the Johnson-Danielson Funeral Home, 1100 North Michigan Street, Plymouth.
Funeral services will take place at 11:00 a.m. on Tuesday at the funeral home with Rev. Tamara Boggs, pastor of Pretty Lake Trinity United Methodist officiating.
Burial will follow in the New Oak Hill Cemetery.
Memorial contributions may be directed to the Pretty Lake Trinity United Methodist Church, PO Box 260, Plymouth, Indiana 46563.