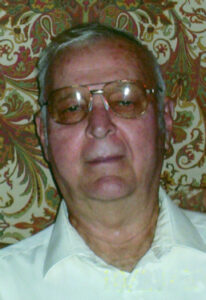 Billy James Smith, 88, a lifetime Plymouth resident, passed away Tuesday morning in the St. Joseph Regional Medical Center â€“ Mishawaka.
Bill was born in Plymouth on April 8, 1928, the son of Carl R. and Orpha M (Sisk) Smith. He graduated for Plymouthâ€™s Lincoln High School with the Class of 1946.
During the Korean Conflict, Bill served in the United States Army until 1953. He was a member of the Marshall County VFW Post 1162 and American Legion Post 27.
On October 23, 1954 in Warsaw, Indiana, he took the former Kay F. Morgan as his bride and love of his life. She would precede him in death on September 28, 2011. Together they enjoyed travel, spending winters in the Lake Placid area of Florida and attending the many sporting events of their grandchildren. His happiest times were those spent at family get togethers.
He was a lineman and then general foreman with NIPSCO for 41 years and retired in 1988. Bill was also a member of the Plymouth Moose Family Center No. 741, and Plymouth Eagles Lodge. He enjoyed fishing especially Minnesota and coin collecting as well as weekly card games at the Life Enrichment Center.
Surviving is a son and daughter-in-law, Robin D. and Diana Smith of Plymouth and their three children: Trenton, Preston and Trisha. A daughter and son-in-law, Carol A. and Mike Stockberger of Walkerton and their children: Derek, Stacy and Desrah. And also surviving is Gayle (Mrs. Phillip, decâ€™d) Smith, a daughter-in-law of Plymouth, with children, Elizabeth, Sean and Andrea. Eleven great-grandchildren survive as well along with his Pomeranian companion Dakota.
He was preceded in death by his spouse and son Phillip J. Smith.
Visitation will be held on Tuesday, July 5th from 4 â€“ 8 p.m. in the Johnson-Danielson Funeral Home, 1100 N. Michigan St., Plymouth. Funeral services will take place in the funeral home at 11 a.m. on Wednesday, July 6th. The Rev. Alan Robinson will officiate. Military honors will immediately follow at the funeral home provided by members of the Plymouth American Legion Post 27, Veterans of Foreign Wars â€“ Marshall County Post 1162 and the D.A.V.
Interment will be in the Oakhill Cemetery at a later date.
Preferred are memorial gifts to the ALS Foundation â€“ Indiana Chapter, 6525 E. 82nd St., Suite 115, Indianapolis, IN 46250.