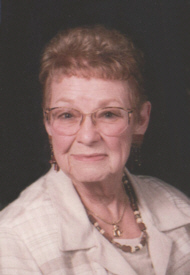 Bonita “Bonnie” Gehring, 92, a Marshall county resident all her life, passed away at 12:35 a.m. on Thursday, May 22, 2014 at the St. Joseph Regional Medical Center-Plymouth Campus.
Born in Plymouth on July 19, 1921, Bonnie was the daughter of Loren Ellis and Eva Ruth (Reed) Lemert. She graduated with the class of 1939 from LaPaz High School and attended the College of Commerce, receiving her MBA.
On January 28, 1967, Bonnie married Harvey Gehring. He would precede her in death on June 26, 1989.
Bonnie worked at Eastern Michigan University for 17 years as secretary to the President of the college, retiring in 1974. She then began to work as secretary for Attorney Wyland until 1986.
Bonnie was an avid golfer, enjoyed reading and playing bridge. She adored time spent with her family and friends and daily calls from her sons.
She is survived by her sons, Steve (Gwen) Farver of Illinois and Michael (Kathy Ketts) Farver of Michigan. She has 3 grandchildren and 3 great-grandchildren.
Bonnie was preceded in death by her parents and sister, Sue Ellen Gill.
Visitation will be from 10 -12 p.m. on Tuesday, May 27, 2014 in the Johnson-Danielson Funeral Home, 1100 N. Michigan Street, Plymouth. Funeral services will immediately follow in the funeral home at noon. Life Celebrant Robert Norris will officiate.
Burial will be in the Oakhill cemetery.
In lieu of flowers, memorial contributions can be made to the Center for Hospice Care 112 S. Center St. Plymouth IN 46563.