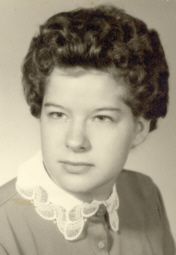 Bonnie L. Boocher, of Winamac, died of natural causes at 7:15 p.m, on Friday, August 6, 2010 in the Unity Medical Surgical Hospital in Mishawaka, IN.
Bonnie was born on October 9, 1940, in the Logansport Hospital. She was the daughter of Albert and Seville Boocher.
She graduated from Kewanna High School with the class of 1960. She earned her Elementary Education degree from Manchester College and her master’s degree from Indiana Universtiy in Elementary Education.
She was a teacher in various Kewanna school systems for many years.
A dedicated Christian, she was active in the church community. She taught Sunday school and was supportative of many worthwhile charities.
A woman who put other people first, she was a member of the First Baptist Church of Kewanna and most recently attended the Calvary Baptist Church of Winamac.
She was preceded in death by her parents, a sister, Barbara Day and a brother, Robert Martin.
Bonnie is survived by nieces Jacqueline Gerber, West Palm Beach, FL; and Christine & Michael Chippas, Plymouth, IN; nephews David & Patty Boocher, LasVegas, NV; and Michael & Marge Hughes, Summerfield, FL. Also surviving is a sister-in-law Rita Martin of Denver, CO, along with nieces Renee Nunn of Logan, UT and Marla Kesslinger of Denver, CO; and nephew Russell Martin of Salt Lake City, UT.
A memorial service will be held at a later date. Memorial contributions in Bonnie’s name may be given to Baptist Children’s Home for Elementary Education Scholarship, 354 West Street. Suite 1 Valparaiso, IN 46383.