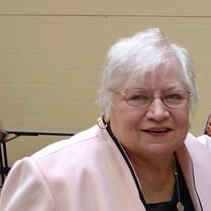 Bonnie Stella Ann Galen,75, passed away in the early morning of Friday May 3, 2019. Born in Chicago on June 19, 1943 to James and Loretta (Arnswald) Alexa. Bonnie has been a Knox resident for greater than 10 years. Bonnie married Clarence S. Galen on February 8, 1964 in Matteson, IL. She worked as a cashier in financial institutions most of her life. Bowling and traveling were some of Bonnieâ€™s favorite activities, but the most joy was spent in time with her grandchildren. Bonnie also enjoyed fishing and gardening. She is survived by her husband of over 55 years, Clarence; her son Robert (Paulette) Galen of Bourbonnais, IL; her daughter Laura (Kevin) Smith of Tinley Park, Il; her sister Nancy Lasley of Manteno, IL; her brothers Charles (Kathy) Alexa of Manteno, IL and Joseph (Maryann) Alexa of Manteno, Il; her grandchildren Emily (Joe) Cullen with great grandson Caleb Cullen. Hannah Galen, and Trent Smith. Many other friends and family will also treasure her memory. A memorial service will be held on Saturday, May 11, 2019, at 12 p.m. with a visitation starting at 11 a.m. until the hour of service. All at the MC Smith Funeral Home 153 E. Washington St Knox, IN 46534