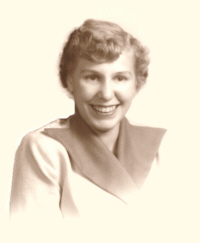 Bonnie J. “B.J.” Frushour, 73, passed away at home, following an extended illness at 3:45 a.m. Sunday, April 17, 2005 in the care of her family, friends and the Marshall County Hospice. Bonnie has resided at 10286 Pretty Lake Trail since 1973 and as a long time member, she will be greatly missed on the fairways of the Plymouth Country Club.
She was born in Rochester, Ind., the daughter of Willis E. and Florence A. (Woolington) Hartman on April 5, 1932 and attended West High School.
On March 15, 1973, in Plymouth, she married Wayne M. Frushour, together they have spent the past 20 winters in the community of Avon Park Florida, which allowed Bonnie to pursue her passion for golf year round. Bonnie enjoyed dabbling as an interior decorator and had a great appreciation for antiques which lead her to own and operate B.J.’s Antiques since 1972. She completed advance study courses to achieve her Real Estate license and then worked as an agent for Masterson & Associates.
She was a member of the Plymouth Elks, American Legion, Eagles and Moose Auxiliaries and in Avon Park; the Rivergreen Country Club and V.F.W. Auxiliary.
Survivors include; her husband, her mother Florence Ellinger of Plymouth, two daughters; Vickey J. (Larry) Mahler of Culver and Cindi L. (Nathan) Kennedy of Winslow, Ill. and three step-sons; Gregory A. (Mary) Frushour of Grand Rapids, Michigan, Mark E. (Donna) Frushour of Grant City, North Carolina and Matthew S. (Lisa) Frushour of Owensboro, Kentucky. Six grandchildren, six step-grandchildren and six great-grandchildren survive along with two sisters; Jan S. (Larry) Fisher and Patricia L. (Bobby) Carver all of Plymouth and a half brother Clayton Hartman of Daytona Beach, Florida.
Two aunts, an uncle, numerous nieces, nephews and cousins also survive.
Bonnie was preceded in death by her father, and an infant son.
The family would like to invite friends to share in the celebration of Bonnie’s life from 9 – 11 a.m. Wednesday, April 20, 2005 in the Johnson-Danielson Funeral Home, 1100 N. Michigan St. Plymouth. A memorial service will follow at 11 a.m. with Rev. Tom Padberg, Chaplain of the Marshall County Hospice officiating.
Memorial gifts in Bonnie’s memory may be made to the Red Cross Pantry, 215 W. Garro St. Plymouth, IN 46563 or Marshall Co. Hospice, 112 S. Center St., Plymouth, IN 46563.