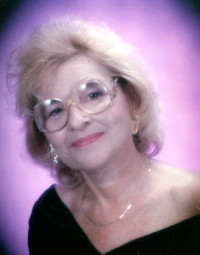 Brenda Burgess, 75, passed away in her home with her family by her side at 10:15 p.m. on Tuesday, July 30, 2019.
Born in Dyersburg, Tennessee on October 17, 1943, Brenda was the daughter of William and Elizabeth (French) Dotson. She graduated from Mishawaka High School with the class of 1962.
On October 30, 1965 in Mishawaka, Indiana, Brenda became the bride of Robert Burgess.
She worked as a purchasing agent for Miller Bearing in Bremen for many years.
She was an avid bowler, loved working in her yard and doing puzzles.
Brenda his survived by her husband Bob, whom shared almost 54 wonderful years with her; children, Lisa (Kevin) Dearman and Tim Burgess, both of Plymouth, as well as, her siblings: Emily Bonnell of Mishawaka, Patricia Young of Rogersville, TN, Phillip Dotson of Mishawaka.
She was preceded in death by her parents and in-laws.
Per Brendaâ€™s request, family services will be held and she will be laid to rest in the New Oak Hill Cemetery, Plymouth.