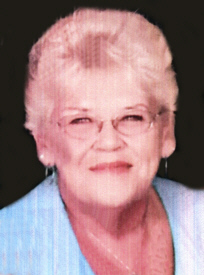 Brenda C. Black, 67, a Plymouth resident for the past 28 years, died after a brief illness, on Saturday, March 14, 2015 at 11:20 a.m., in the Elkhart Hospice House.
The daughter of Ealon and Jeanette (Rose) Oglesby, Brenda was born on September 15, 1947, in Hamilton, Ohio. She was a graduate of LaCota High School.
On September 7, 1967 in Bourbon, Brenda became the bride of Ronald “Hillbilly” Black. Ron preceded her in death on September 30, 1998.
Brenda had worked as a lab technician at Flexible foam in Elkhart since 1981.
She enjoyed shopping for clothes and loved bright colors, which was evident in the way she decorated her house.
Brenda is survived by a son and a daughter and their families: Ronald J. and Diane Black and their son, Cody Austin Black, all of Plymouth, Barbara J. and Joe Blakley and their children, Samantha Marie and Christopher James Blakley, all of Bremen.
Jeanette Oglesby, Brenda’s mother, also survives along with a sister, Sandra Woods of Mason, OH. She was preceded in death by her father, Ealon; her husband, Ron and a sister, Pam Bown.
Friends may visit with the family on Saturday, March 21, 2015, from noon until 2 p.m. at the Johnson-Danielson Funeral Home, 1100 N. Michigan St., Plymouth, IN. The funeral will follow the visitation in the funeral home at 2 p.m.
Burial will be in new Oakhill Cemetery, Plymouth.
Memorial gifts in Brenda’s name may be made to the American Lung Society, 802 W. Wayne Street, Ft. Wayne, IN 46802-3996.