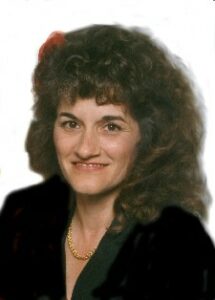 Brenda Joyce Vermillion was born Brenda Joyce Moore on January 2, 1947, the daughter of John and Elverta Moore. Brenda died at her residence on Wednesday, April 25, 2007, after an extended illness. Brenda graduated from Plymouth High School in 1964. She later married and had two children (Johnnie – 1969 and Sherry – 1971). Brenda left Plymouth after her marriage, but returned in 1986. It was not long after her return to Plymouth that Brenda divorced.
Brenda started working as a custodian for Plymouth Schools in 1990. She was known as “the laundry lady” by most of the high school students.
She lived a happy life that became happier still in 1992 when she met, fell in love with and married James Vermillion of Plymouth. From the union with Jim, Brenda received two more daughters (Cindy and Lisa) along with a son-in-law and five more grandchildren.
Jim and Brenda have enjoyed traveling, boating, camping, horse back riding and of course, her family and their many years together. They have enjoyed spending Sunday evenings with kids and grandkids. They enjoyed traveling to Germany and Florida to visit Sherry and her family.
Brenda had always been a quit person who was just happy to be in her living room reading a book with her husband by her side, as she was as she was in the middle of the lake with a fishing pole in hand. She was happiest when those that she loved were happy.
Brenda will be mourned by her husband, James Vermillion; a son, Johnnie Fuller and his children, Darick and Angel Fuller; a daughter and son-in-law, Sherry and Christopher Nagy and their children, Marky Ecklund, Cameron and Cole Nagy; a step-daughter and son-in-law, Cindy and Dennis Overmyer and their children, Bryon, Crystal and Brook Overmyer; a step-daughter, Lisa Vermillion and her children Brock and Jordan Vermillion.
Elverta Moore, Brenda’s mother also survives along with a brother Devon and Alberta Moore, two sisters: Charlene Ward and Treva and Roger Murphy, her mother and father-in-law Clyde and Dorothy Vermillion, a brother-in-law, Denny and Margaret Vermillion and many nieces and nephews, friends and co-workers.
Brenda was preceded in death by her father, John D. Moore; her grandson, Aaron Lee Fuller and her brother-in-law, Dusty Ward.
Brenda was diagnosed with cancer in August 2003. She has fought bravely. She never let her illness stop her from enjoying her life. She spent time with her husband doing things that they enjoyed. She spent time with family and she traveled. She has been very strong. Stronger many times than those around her watching her wage battle. She will be missed. She will be loved still. She will be remembered. A memorial service for Brenda will be held at a later date at Johnson-Danielson Funeral Home, Plymouth, Indiana.
Memorial contributions in Brenda’s name may be made to the American Cancer Society.