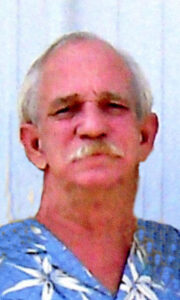 Brent J. “Gopher” Brockus, 64, a resident of Menominee Drive for the past 17 years, passed away suddenly of natural causes at 5:49 a.m. Wednesday, May 20, 2015 in the St. Joseph Regional Medical Center ER.
He was born the son of Bert J. and Rosemary E. (Shaffer) Brockus on February 17, 1951 in Rochester, IN. Brent was a member of the Plymouth High School Class of 1970.
His happiest days working were as the owner and operator of Gopher’s Body Shop. Later Brent would log thousands of miles in the transportation industry delivering shuttle buses all over the country. Brent was known to enjoy NASCAR racing, hunting mushrooms, fishing, Coca-Cola, being a slot machine gambler and simply a grumbler.
He was the proud father of two children; Amy A. (Andrew) Millar of Plymouth and Bret L. Brockus of Naples, FL, two grandchildren; Kyle W. Brockus of Plymouth and Bryantle D. Brockus of Ft. Irwin, CA and two great-grandchildren; Kendall and Benjamin of Ft. Irwin, CA.
His mother Rosemary Brockus of LaPaz also survives along with a sister Brenda K. (Ron) Meyers of Plymouth and his girlfriend and companion for the past 17 years, Machelle R. Miller.
Brent was preceded in death by his father Bert and faithful cat Cookie Sue.
A celebration of Brent’s life is planned for Sunday, May24th from 1 – 6 p.m. in the Walkerton American Legion Post 189 located at 302 Legion Drive, Walkerton.
Memorial gifts may be made to the Marshall County Humane Society, P.O. Box 22, Plymouth, IN 46563.